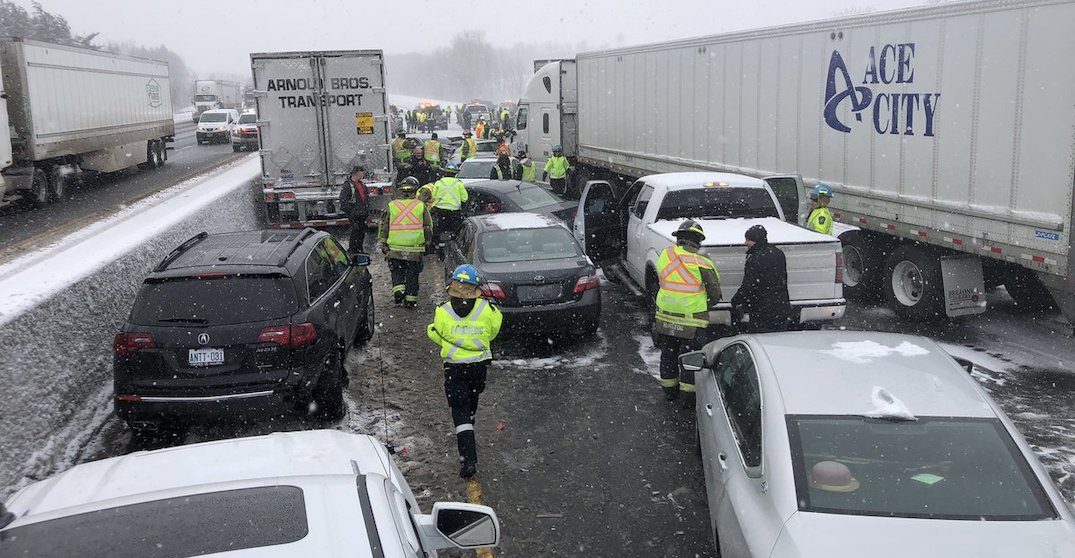 The 401 west of Highway 24 in Milton has reopened following a multi-vehicle accident on Wednesday afternoon.

According to Sgt. Kerry Schmidt, the accident involved more than 20 vehicles, although he said there were no serious injuries reported.

“We’ve got at least 15 passenger vehicles, maybe seven more transport trucks, and we’ve got about 10 kilometres of backed up traffic,” Schmidt said. “This is going to be a major delay, a major cleanup.”

The OPP and Halton Regional Police are investigating the accident, although snow is visible on the roads in Schmidt’s video and photos.

The Highway was reportedly reopened just after 3 pm.