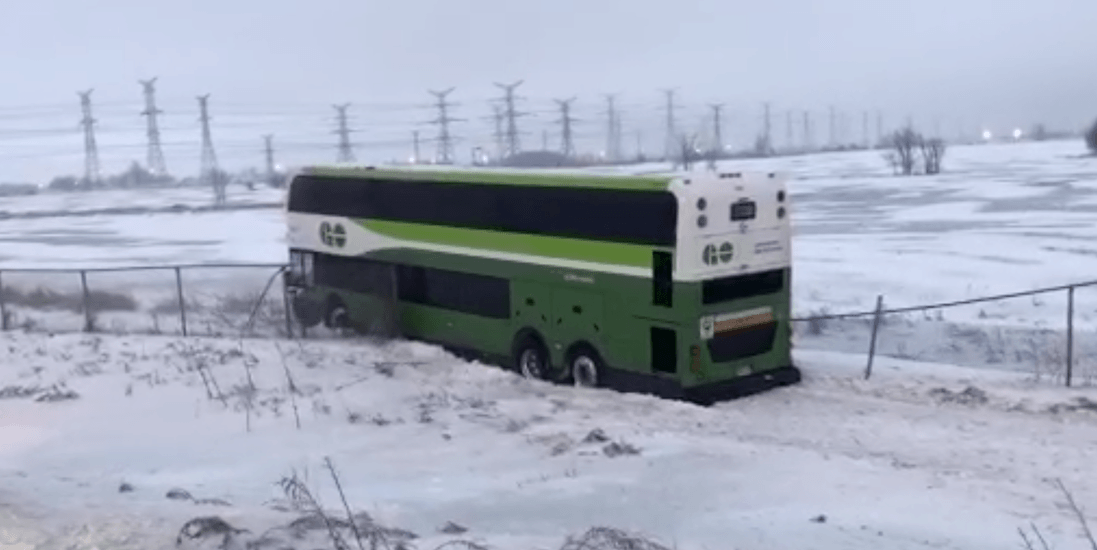 No one was injured after a GO Transit bus crashed into a ditch on Highway 407 on Tuesday.

According to OPP Sgt. Kerry Schmidt, the GO Transit bus was travelling eastbound on the 401, merging into the 407 when it lost control.

Schmidt said that the bus hit some snow or slush and then descended into a ditch.

All the passengers were transferred to another GO bus at the time.

And this wasn’t the only GO bus crash yesterday during the stormy weather.

No injuries after @GOtransit bus lost control on @407ETR at #Hwy401 https://t.co/lbVdsJBGiP