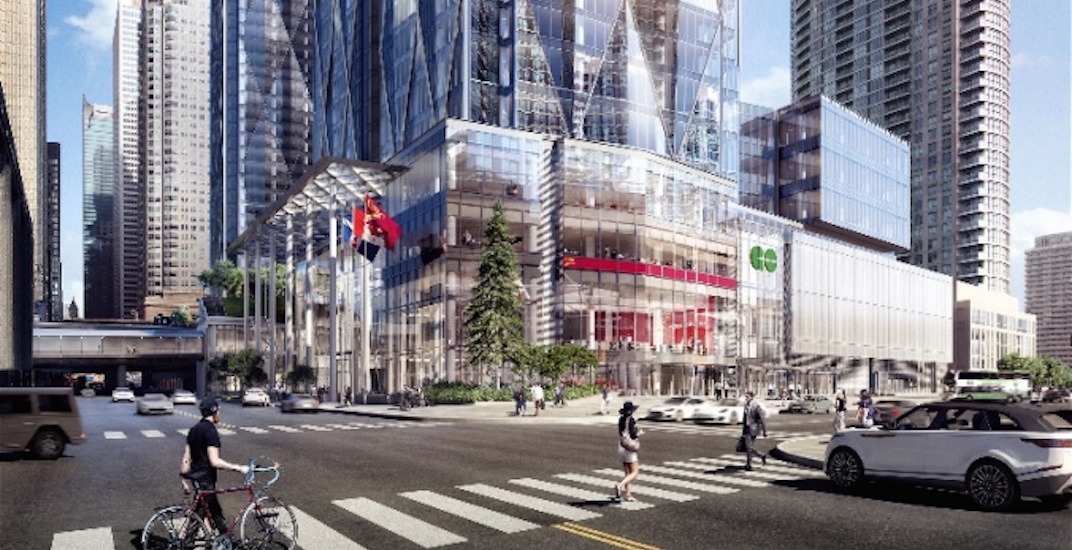 The recently re-opened food court isn’t the only major new development at Union Station, as a new state of the art bus terminal is currently under construction.

Located at 81 Bay Street, construction of the new Union Station Bus Terminal started in 2017, as part of the major CIBC Square two-tower development. 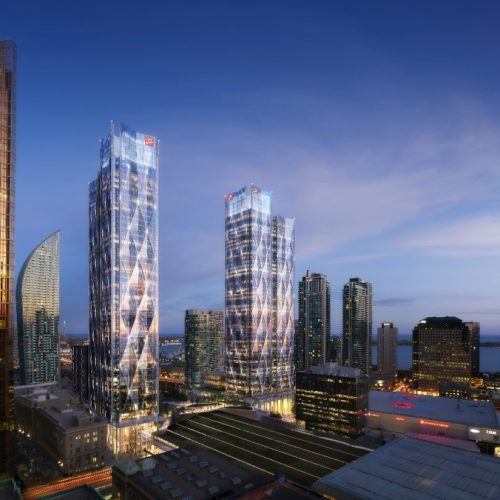 The two-towers will be connected at the fourth-floor level, thanks to an elevated park perched overtop the rails, covering the railway shed, according to Metrolinx.

Construction of the building is already well underway, and the south tower is now halfway to the top.

Once complete, the east side of the tower will house the new bus terminal which will provide better links to the Gardiner Expressway, Lakeshore Boulevard, and other existing transit channels. 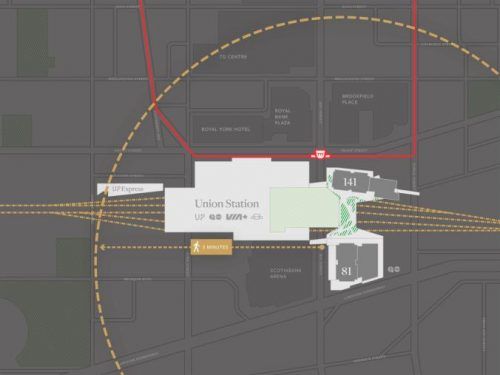 The building under construction is 81 Bay Street/DBOX: a branding & creative agency

“The New Union Station Bus Terminal will provide an indoor weather-protected waiting area for our GO Bus customers, with an enclosed walkway to Union Station,” said Jason Lee, a project manager at Metrolinx.

“This will be a major improvement over current conditions, and ultimately improve the overall GO customer experience.” 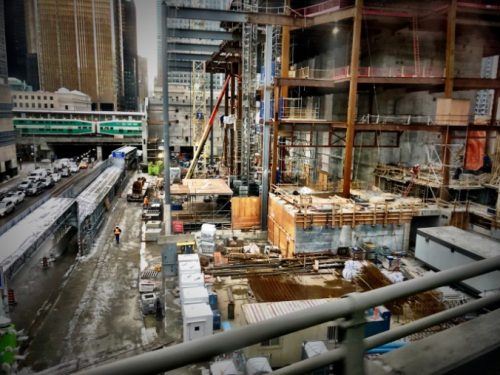 A current look at the construction underway for the new Union Station Bus Terminal. (Matt Llewellyn)

Nitish Bissonauth a spokesperson for Metrolinx says the new terminal will have improved access to Union Station, TTC, VIA Rail and the UP Express, in addition to 14 bus bays —which is twice as large as the current station. 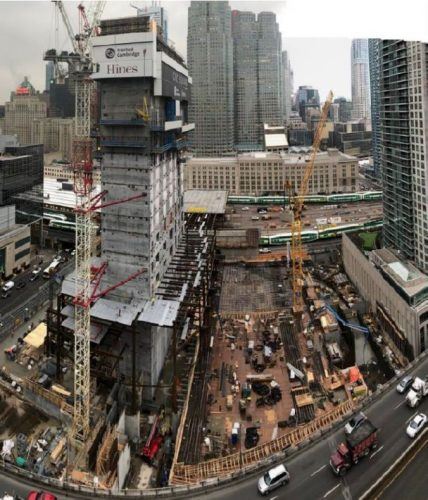 Bissonauth says bus services at the current Union Station Bus Terminal will continue as is until the new station is ready to open in 2020.