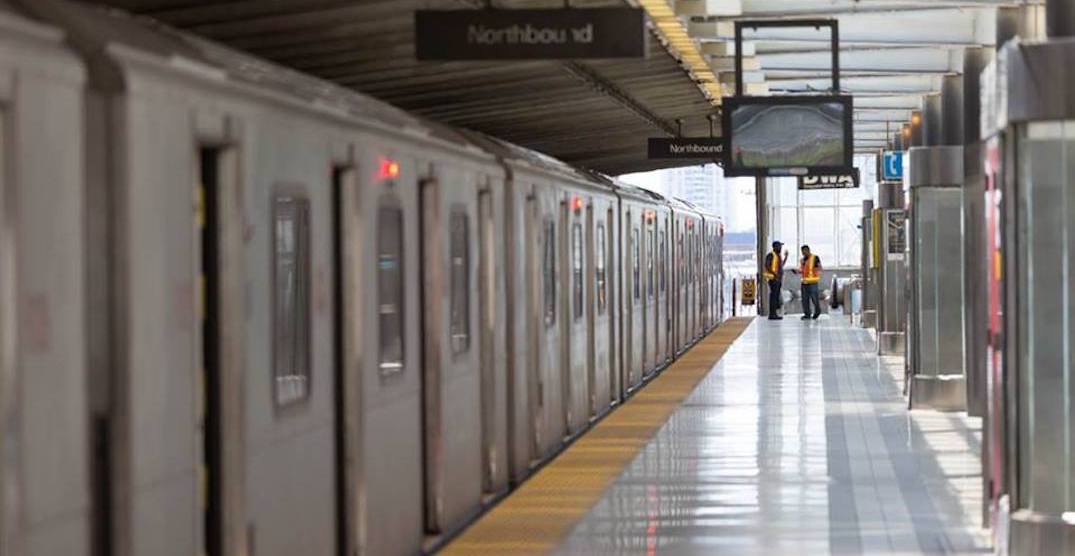 The TTC just won an award for its #ThisIsWhere campaign.

According to the TTC, the campaign aims to improve safety and combat harassment on public transit.

The campaign won a “Silver Award in Marketing Communications” on Monday night at an event hosted by the Toronto Chapter of the Canadian Public Relations Society (CPRS).

The CPRS Achieving Communications Excellence (ACE) award for was given to the TTC for the “groundbreaking campaign that confronts different kinds of harassment through a series of real-life customer encounters, including sexual harassment and harassment based on gender identity, ability and race.”

Launched in September 2017, #ThisIsWhere was accompanied by the release of the SafeTTC app that enables customers to report harassment, assault and other safety and security issues directly to TTC staff. 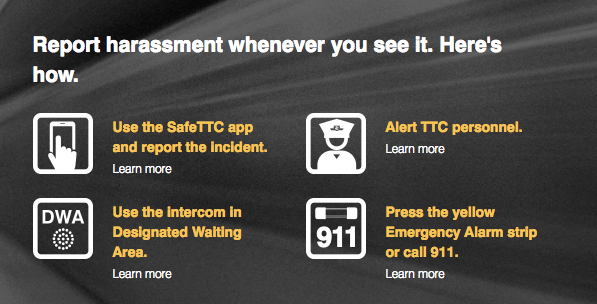 The TTC’s website #ThisisWhere takes a stand against harassment on transit.

“Harassment comes in many different forms and it’s an issue that affects us all,” says the site. “The TTC is dedicated to creating a safe space for all passengers, but we can’t do it without your help. Please, report crime and harassment wherever you see it.”

The website outlines people’s stories on transit harassment, and guides users to report harassment through different ways, such as using the yellow emergency alarm strip or the new app.