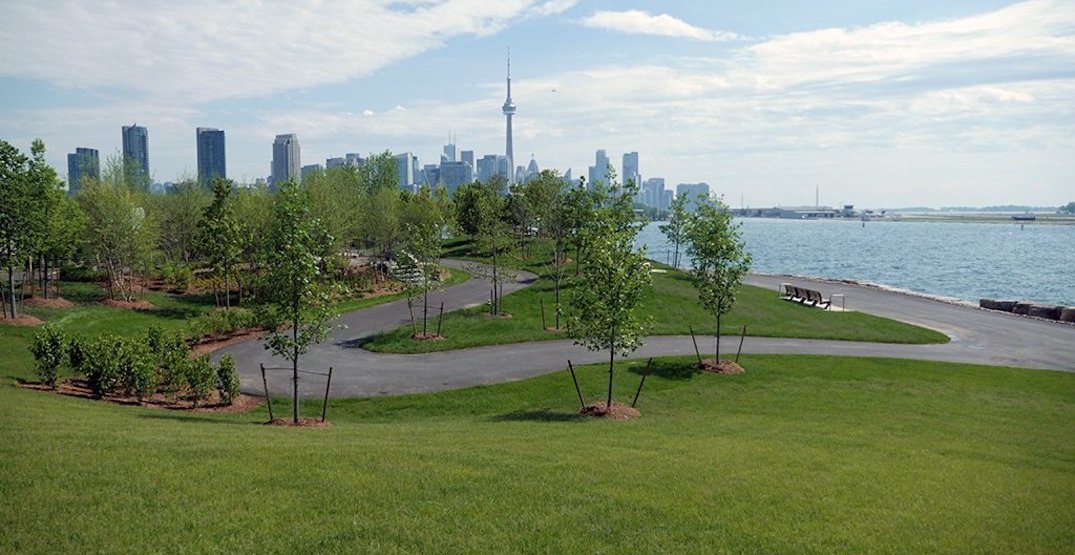 The City of Toronto is finishing construction of the Martin Goodman Trail this summer, completing the last link of the 20 km trail along the city’s waterfront from the western to the eastern beaches.

Mayor John Tory announced the plans to complete a section of the Martin Goodman Trail along Unwin Avenue this summer. The trail will be located along the south side of Unwin Avenue, north of Tommy Thompson Park, in an area known as the Baselands, and will stretch from Outer Harbour Marina Road to Leslie Street. 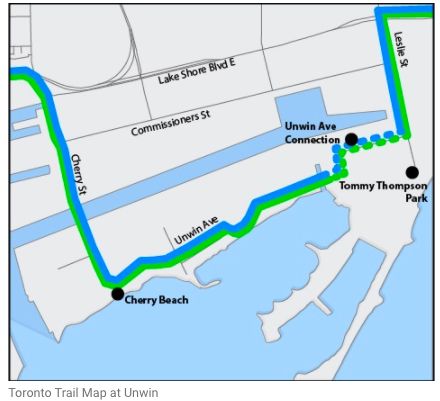 “The Martin Goodman Trail connects people to vibrant neighbourhoods and parks along our city’s waterfront. This construction will complete the trail giving pedestrians and cyclists a safe option to access our waterfront,” said Tory in a statement.

The proposed alignment for the trail was chosen to balance trail user safety and the preservation of the significant ecological resources of the Baselands.

According to the city, construction will begin in mid-July and is expected to be completed by November.

The missing link of the Martin Goodman Trail was identified in the city’s 10-Year Cycling Network Plan, which was adopted by City Council in June 2016.