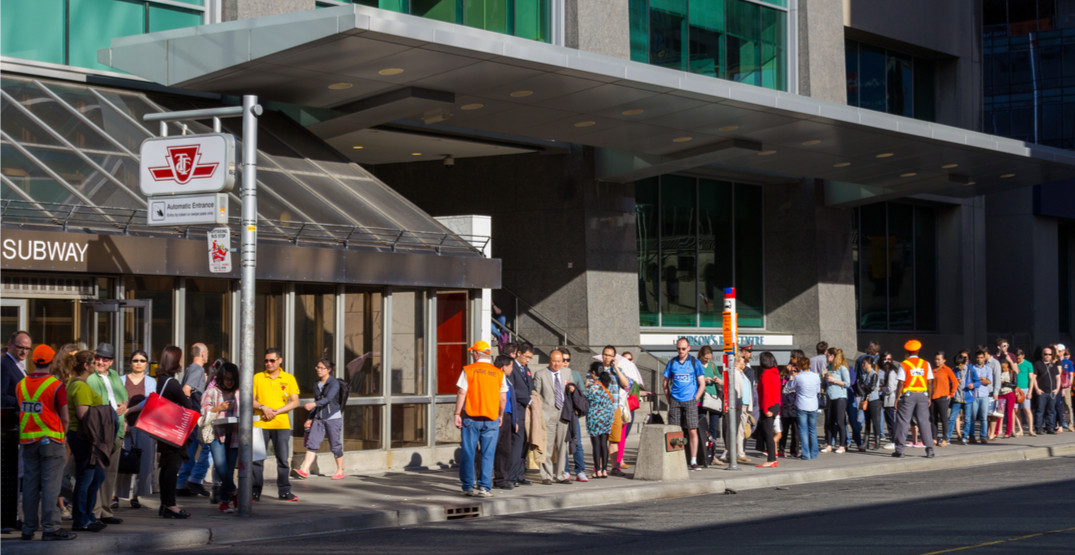 Earlier this week, the TTC board has approved a plan to improve capacity and service reliability on the subway to help relieve overcrowding.

Today, the City of Toronto announced more plans to help with the crowds on transit, this time on buses. Mayor John Tory, TTC Chair Josh Colle, and Deputy Mayor Ana Bailão outlined a plan to relieve overcrowding on some of the TTC’s busiest bus routes across the city this fall.

Following a plan that was approved by the TTC this week, the transit agency will add more buses on 34 routes starting this September. It will also expedite its express bus routes plan by implementing seven new express bus routes to relieve overcrowding.

The additional subway trains are now available for service on Line 1 to alleviate crowding in the morning peak period. These measures will help prevent extreme overcrowding as experienced by customers on January 30, or more recently, today.

The TTC will add more buses on routes starting this September, which will immediately reduce wait times and crowding levels.

According to the report, the routes with additional buses this fall are as follows:

More express buses will be available in the fall on seven routes. The seven new express services will relieve crowding on three routes and address crowding on four routes that are expected to approach standard in the next 1-3 years based on projected growth in ridership, states the TTC.

“On behalf of my community, this is something that I have been advocating for and working towards which will make a real difference for residents in Davenport and across the city,” said Deputy Mayor Bailão.

“Anyone who has been on the 29 Dufferin knows a new express bus route on Dufferin will add capacity to the route, shorten wait times and relieve crowding.”

According to the city, the TTC is able to increase bus service due to new buses purchased through the Public Transit Infrastructure Fund from the federal government and the new garage facility at 1810 Markham Road.

“It’s great to see that by working with other levels of government, we have been able to secure funding to support the TTC,” said Chair Colle.

“We’re able to purchase more buses and get them on the road quickly to relieve overcrowding on our busiest routes. This means a more comfortable and reliable experience for our customers.”