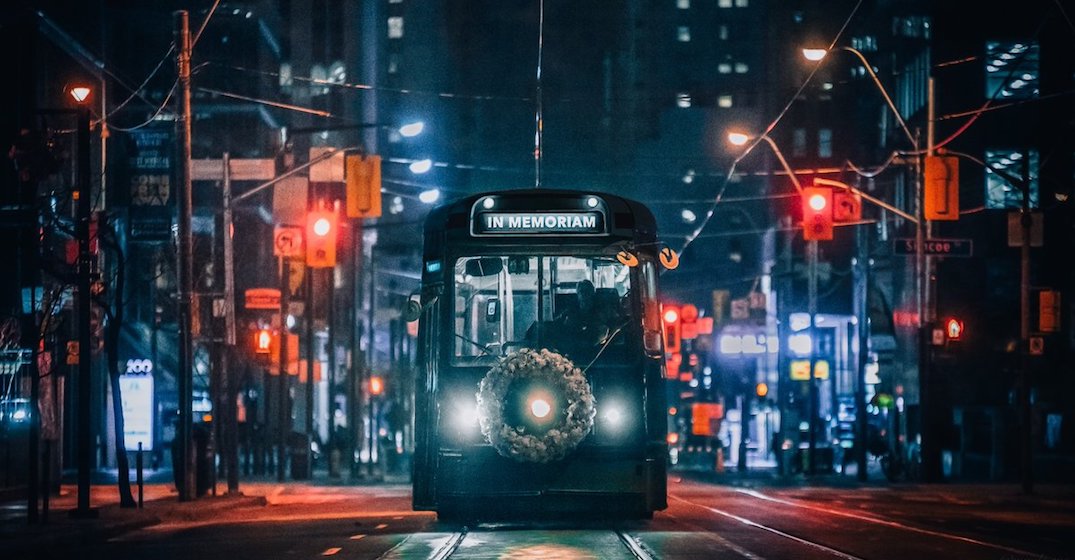 During Thursday’s rush hour commute, a black-wrapped streetcar ran empty as a special tribute to people who have died, been injured, or suffered illness in the workplace.

The empty seats on the streetcar represent those who never made the commute home.

According to the Workplace Safety and Insurance Board (WSIB), in 2017, 227 people died from work-related injuries or illnesses. The empty streetcar, which is still on Toronto’s streets on Friday, is running in advance of the Day of Mourning on April 28.

“On April 28, Day Of Mourning, we’re called to remember those we lost and reinvigorate our commitment to workplace health and safety,” tweeted the WSIB.

“You may see a streetcar draped in black today,” said TTC’s Brad Ross on Friday. “The WSIB is helping us all remember those who died on the job… those who didn’t make the commute home.”

Minister of Labour Kevin Flynn said that flags will be lowered to half-mast “to honour the loved ones, co-workers and friends we have lost.”

“This weekend, people across this province will gather at ceremonies in city squares, union halls and various other locations,” he said. “No job is worth a life. No job is worth an injury. We have to change society’s attitudes. Workplace injuries must never be seen by some as just the ‘cost of doing business.'”