PRESTO will soon be going digital.

At their board meeting on Thursday, Metrolinx introduced a PRESTO mobile app, which will allow users to manage their transit accounts on their phones.

According to PRESTO’s acting vice president Annalise Czerny, the app is in its early demo stage, and may look different once it actually rolls out.

The new app would include 11 Metrolinx regional transit agencies, including the TTC and GO Transit.

The PRESTO app would be launching in three phases, although the timeline is not yet confirmed. Metrolinx spokesperson Anne Marie Aikins said that a firm release schedule will be available in the next few months, and that the team is working as fast as they can.

When it initially launches, the app will only be set to work with Andriod. Thom Hounsell, PRESTO product manager, said they are in discussions with Apple to bring the app to iOS devices. 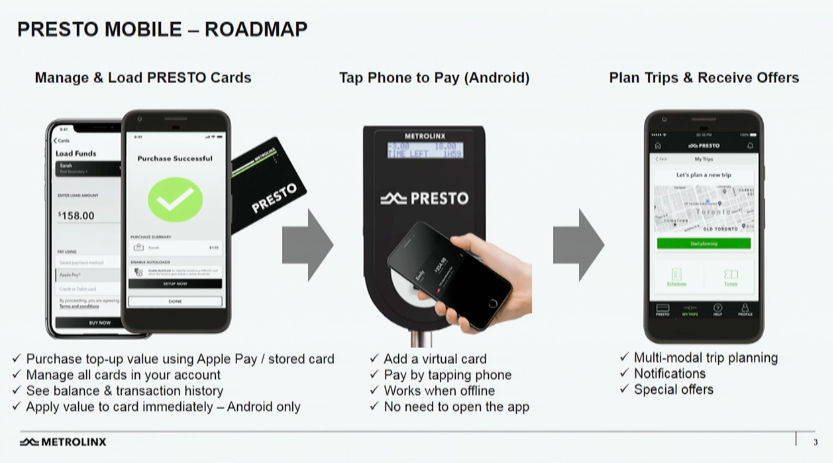 The first phase will be the app, which will allow users to top-up their cards, and manage their accounts. Users would still need their physical PRESTO card to enter transit at this stage.

The second phase would add a virtual card to the app. This would allow users to tap their phones and enter transit, with no need for data connectivity in order to work. Phones would just need to be powered on, and the app would work just like a PRESTO card, according to Hounsell.

As for phase three, this would include trip planning options. 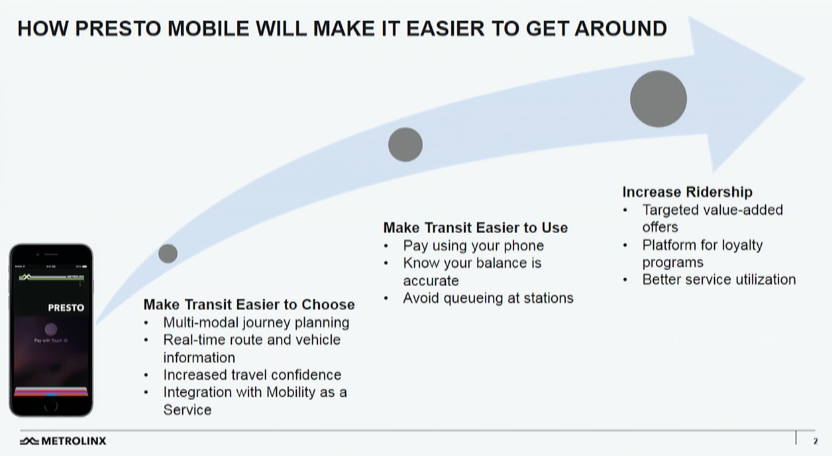 While the app will be welcomed by most users, PRESTO will not be eliminating fare cards, for those who don’t have phones, or those who just prefer older method.