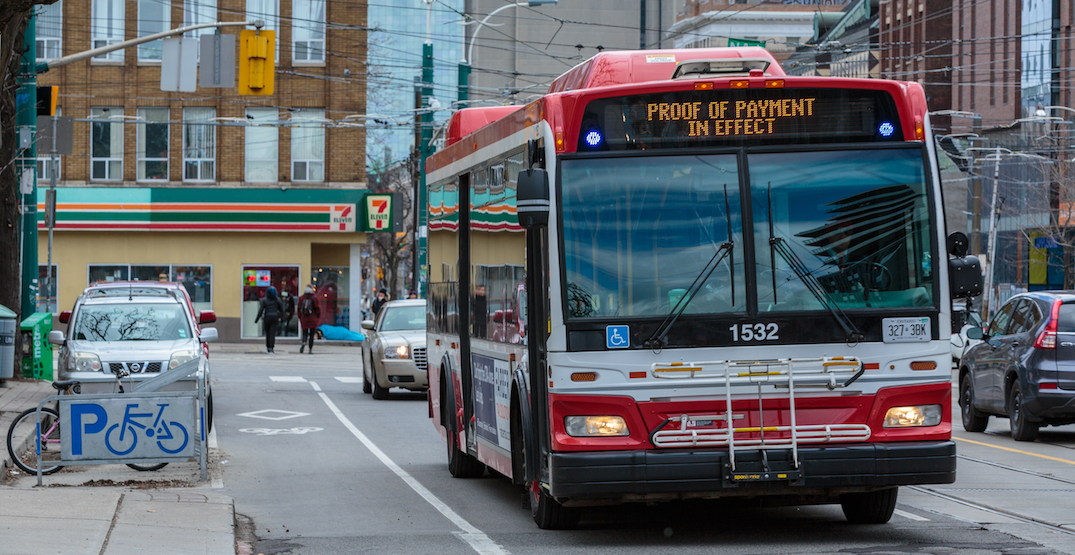 A few lucky TTC bus riders will get to enjoy free WiFi on their commutes, thanks to a new pilot program launching later this month.

In his May report, released ahead of the TTC Board’s May 12 meeting, TTC CEO Rick Leary announced that the pilot program would kick off with the installation of WiFi on buses running on the 35 Jane route at the end of May.

But those won’t be the only ones to get the tech upgrade. In early June, buses on the 102 Markham Road route will also become WiFi-capable. In total, more than 60 TTC vehicles on the Jane and Markham routes will provide free WiFi to riders.

Buses equipped with WiFi will display a notice that passengers can connect to a network called “TTCPublicWifi.”

During the pilot program, staff will continually evaluate the WiFi’s performance and gather customer feedback. According to the CEO’s report, TTC staff will also work over the summer with external vendors to explore further options for providing WiFi on vehicles, with the goal of offering the service on all buses and streetcars.

“This work will ultimately better meet the needs of customers as well as increasing digital equity and access as part of the City of Toronto’s ConnectTO program,” the report reads.

Currently, the only WiFi service provided by the TTC is in subway stations but does not extend into tunnels between stations.