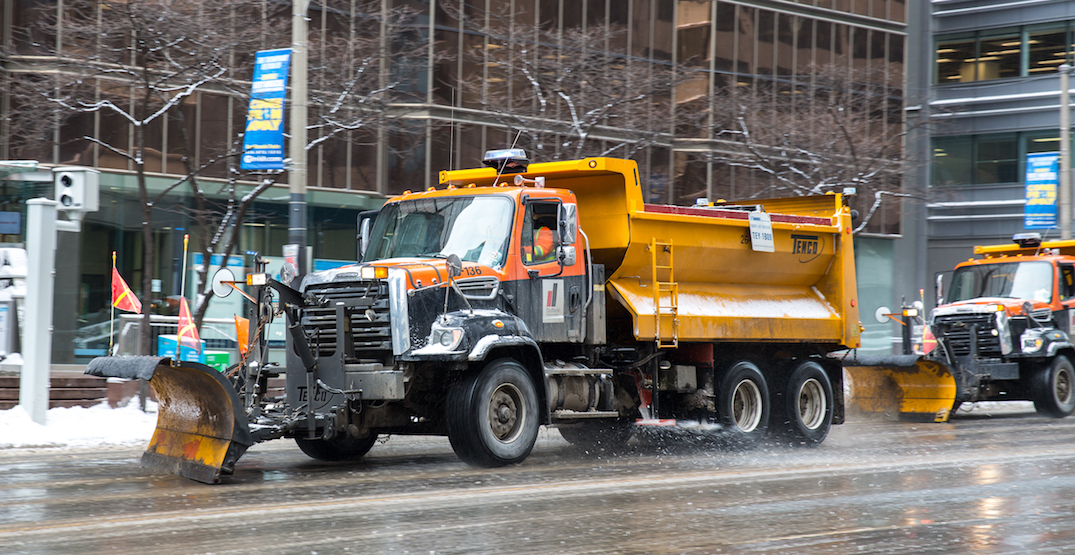 Toronto streets could have much less salt on them come this winter, thanks to a proposed City Council inquiry into Toronto’s salt usage.

During its May 5 meeting, City Council will consider a recommendation from the Infrastructure and Environment Committee asking the City to review alternative options to the seemingly excessive use of road salt, citing environmental and infrastructure concerns.

The motion, written by Councillor Mike Layton, a member of the Infrastructure and Environment Committee, presents these concerns in an economic argument.

“As we know, Road salt has been the cheap ‘go-to’ solution for slippery roads and sidewalks, but the actual costs to the environment and infrastructure are not reflected in its price,” Layton writes. “It is vital that the City of Toronto take stronger measures to review and reduce its own salt usage.”

In March, a UofT study found that the salt used on roads and sidewalks around the Greater Toronto Area during the winter poses a threat to aquatic life. The City’s salt usage not only made the rivers salty in the winter but caused increased salt levels year-round. Water samples taken from the city’s rivers in the summer found that salt levels exceeded federal guidelines by almost 90%.

If Council approves the motion, they will request that the City aim to use “the lowest rate possible for any given road surface” and “conduct an audit of actual salt application,” which will include “the costs of salt damage to infrastructure.”

The motion also proposes that the City switch to using brine — a mixture of salt and water — which is what actually prevents ice from forming, not just the salt itself.

“Spraying brine directly provides a more even coating of the pavement and better results, with at least a 30% reduction in salt use,” Layton writes.

“Another approach, pre-wetting — the mixing of rock salt with water before application — helps the salt stick to the pavement (and not bounce off) and also jump-starts the process of brine formation. This can prevent additional runoff into our natural environment.”

According to the motion, about 40% of the city’s salt usage comes from homeowners and private contractors. To combat that, the motion also calls for a public awareness campaign to educate the general public on “correct salt application with a balance between public safety and environmental stewardship.”

Council will consider the motion during its May 5 meeting, where representatives from Salt-free Streets and the Smart About Salt Council are signed up to speak.