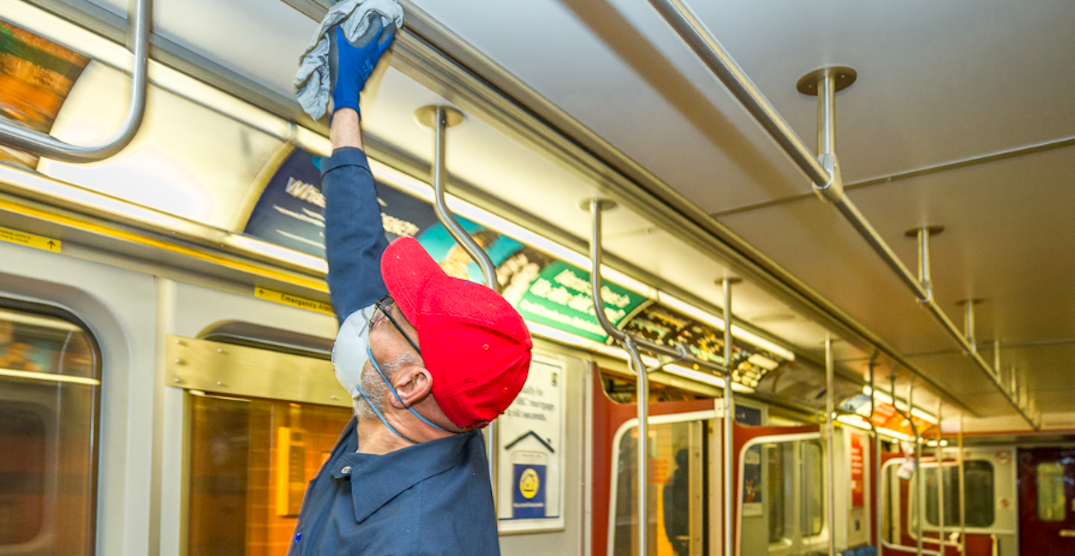 A total of 92 TTC employees have now tested positive for COVID-19, with 134 staff in isolation, the transit commission confirms.

But, 75 of the staff have returned to work.

Another is a bus operator at Queensway division, whose last shift was September 13, and two bus operators at Arrow Road Division tested positive receiving their positive test results on September 17 and September 23 respectively.

The union is also reporting two general body repairmen at Harvey Shop tested positive, one whose last shift was September 17 and another who tested positive on Monday.

Additionally, there is a customer service agent who received their test result on September 23, and a streetcar operator at Leslie Barns whose last shift was on Saturday.

On September 27, a Wheel-Trans operator received tested positive and a dispatcher at Davisville Carhouse got their positive result on Wednesday.

According to the transit commission, once they are notified of a positive diagnosis, they “immediately” engage with Toronto Public Health to investigate and decide on the next steps, including notifying those who may need to take additional action.

As there is community spread of coronavirus in the city, Toronto Public Health is asking all individuals who have symptoms to self-isolate at home for 14 days from when the symptoms begin and to call Telehealth Ontario, their local public health department, or healthcare provider, and for TTC employees to call the transit system’s Occupational Health and Safety Department.

On Wednesday, the city reported 288 cases, with 344 reported on Monday.