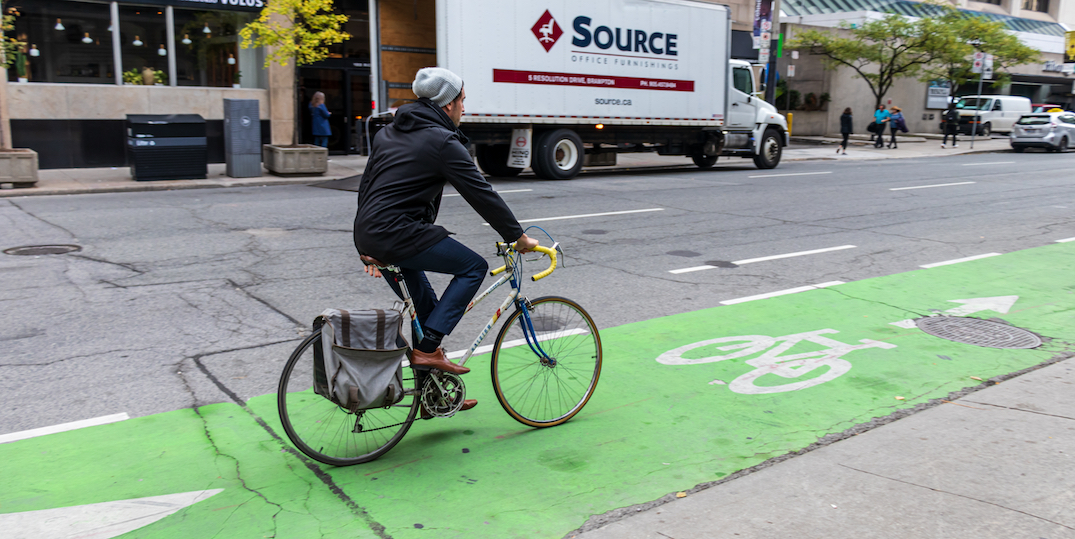 Toronto’s new bike lanes are doing more than providing cyclists greater mobility in the city, they actually have the potential to drastically prevent injuries and fatalities.

In the summer, Toronto installed 40 kilometres of new cycling infrastructure including a 15 kilometre corridor along Bloor-Danforth.

The report found that fully separated cycling facilities — like cycle tracks — could reduce the number of injuries along Bloor-Danforth by 89%.

“This could mean 153 to 182 fewer serious injuries over the next decade, depending on ridership,” the report says. 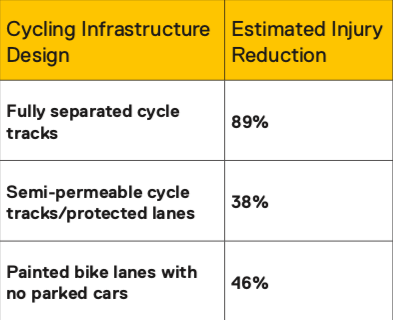 And fully separated cycle tracks are “significantly safer” and prevent more injuries than other types of cycling infrastructure, like partially separated lanes and painted lanes.

The report also notes that because of the availability of safer cycling infrastructure throughout the pandemic, an increased number of cyclists could lead to a “safety in numbers” effect.

It’s also important to note that removing temporary cycling infrastructure could lead to more injuries because when the protection is removed, the number of injuries “could increase from pre-implementation levels.” 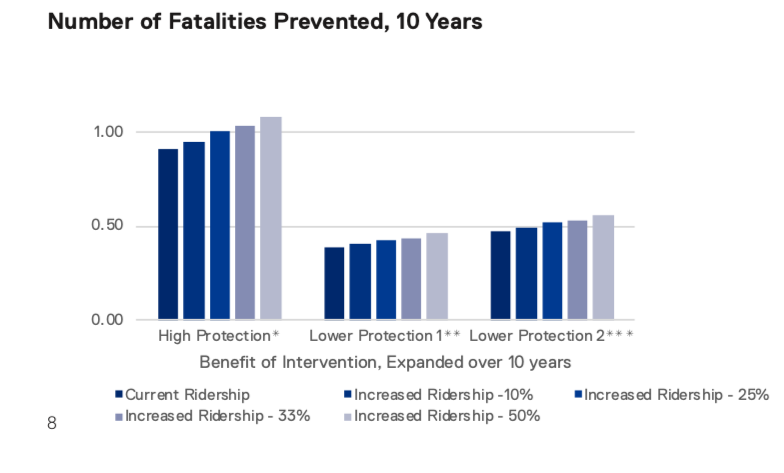 According to the 2016 Census, 2.7% of Torontonians bike to work, and upwards of 25% in some downtown neighbourhoods.

“While neighbourhoods outside the core generally have lower cycling rates and less access to safe and efficient cycling infrastructure, some have high and growing cycling rates too: between 7% and 11%,” the report says.

Experts estimate there is still “significant untapped potential” for cycling, with about one third of all daily trips in the city between one to five kilometres long considered prime cycling terrain.

The ActiveTO program was meant to be temporary during the pandemic, so people could be active while physically distancing. But the program could be extended to 2021 due to its popularity with the city reporting around 18,000 cyclists on average used the Lake Shore West closure during the summer.