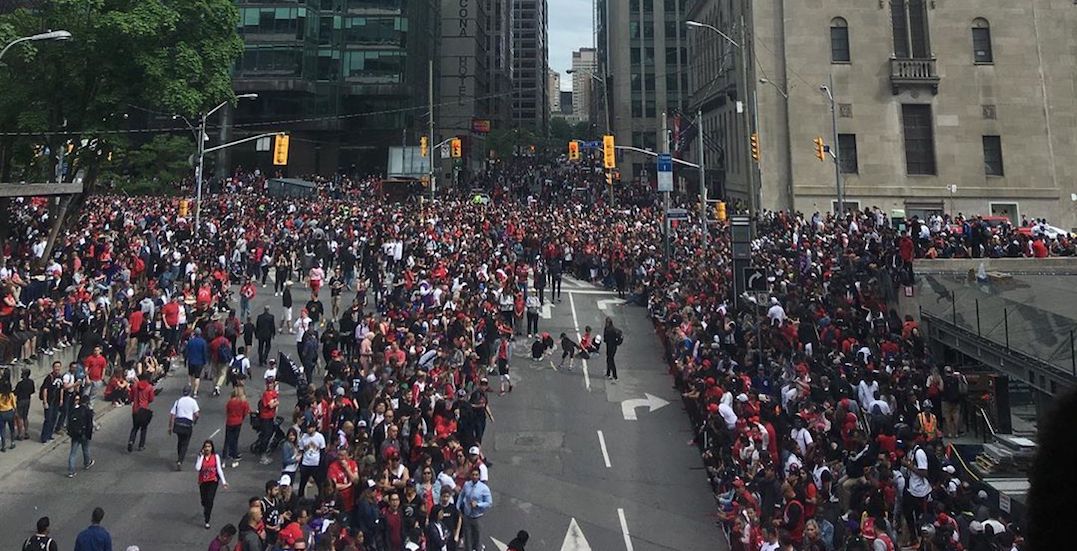 The TTC is currently not stopping at Osgoode Station due to overcrowding in the downtown core.

Line 1 Yonge-University: Trains are not stopping at Osgoode due to overcrowding.

Additionally, those travelling on the 506 Carlton can expect delays of up to 20 minutes.

506 Carlton: Delays of up to 20 minutes between High Park Loop and Main Street Station due to the Raptors Parade.