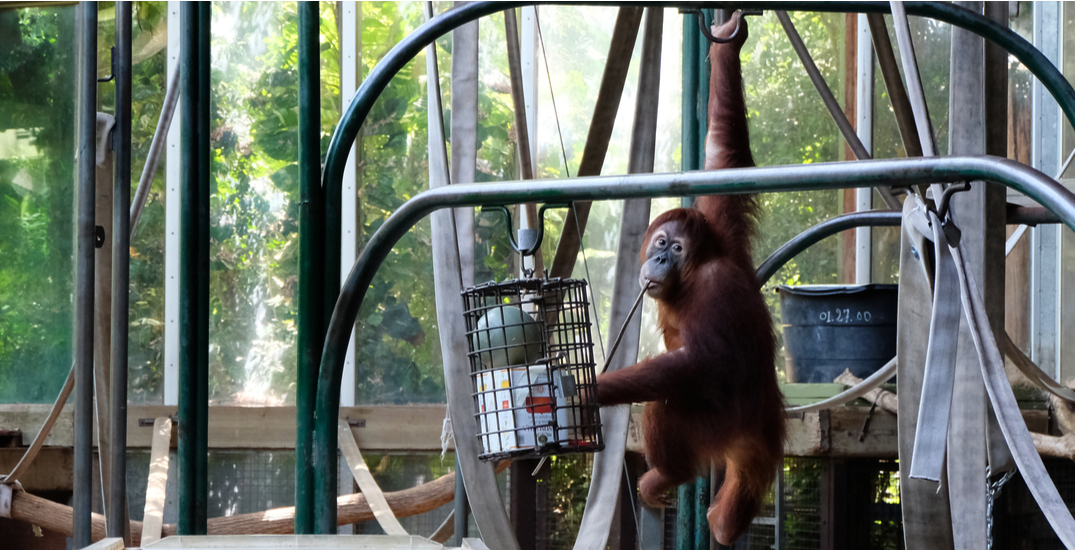 The Toronto Zoo’s 29-year-old Sumatran orangutan, Sekali, is expecting another baby to be born in the spring, the zoo announced on Thursday.

Sekali had been paired up with 15-year-old Sumatran orangutan Budi at the advice of AZA Species Survival Plan. It looks like the pairing was a good one! This will be Budi’s first offspring, but Sekali previously had a male orangutan who still lives at the Toronto Zoo, according to a press release.

The pair of orangutans were both born at Toronto Zoo but were not introduced until 2017. At the time of their original introduction, Budi wasn’t yet old enough to mate. The zoo reintroduced the animals earlier this year, and they apparently hit it off quite well.

29-year-old Sumatran orangutan Sekali and 15-year-old Budi were paired at the recommendation of the AZA Species Survival Plan, and we are thrilled to further contribute to the future of this critically endangered species. pic.twitter.com/wDXO6qOjmq

The zoo said that the experiences between the pair were positive from the beginning, and they continue to spend time together throughout the pregnancy.

The zoo also said that orangutans are human’s closest relatives, and therefore, pregnancies and reproductive systems are pretty similar. Orangutans are usually pregnant for about eight months, but their babies are much smaller than humans, weighing in at only 3.75 pounds at birth.

Our reproductive systems are so similar that a human over-the-counter pregnancy test can determine if an orangutan is pregnant, the zoo said. Zookeepers had taught Sekali how to pee in a cup for this very purpose, they added.

The Toronto Zoo continues to monitor her pregnancy through regular urine tests and even has Sekali on human prenatal vitamins. According to a press release, this will be the first birth of an orangutan at the zoo since 2006.

The pregnancy comes with much excitement as the species are critically endangered, in large part due to the palm oil industry, Toronto Zoo said. The zoo said that there are less than 15,000 Sumatran orangutans left in the wild. In the last decade, more than 120,000 orangutans have died primarily because of habitat loss.

These companies are committed to using certified sustainable palm oil, helping to save wildlife including orangutans, tigers, and hornbills. 🌿 pic.twitter.com/y46P14u9el