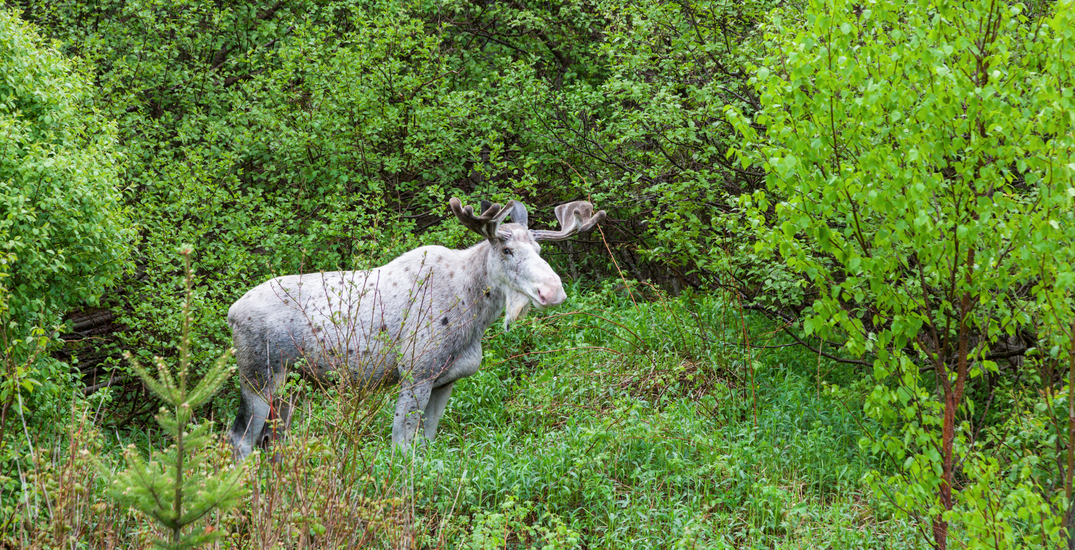 There was outrage when a mostly white moose was shot and killed in northern Ontario last fall, and now the Ministry of Northern Development, Mines, Natural Resources and Forestry says the animal was killed lawfully.

In October 2020, a white moose shot and harvested, sparking outcry among many Ontarians, including members of Flying Post First Nation, one of whom started a GoFundMe to help investigate the moose’s death.

Now, almost one year later, the Ministry says that no arrest has been made and that the moose was killed lawfully.

“The Ministry of Northern Development, Mines, Natural Resources and Forestry did not lay charges because the investigation determined the moose was harvested lawfully by an individual who was exercising their harvesting rights – within their recognized traditional territory,” a Ministry spokesperson told Daily Hive in an email.

White moose have been spotted in northern Ontario for several decades and are sometimes called “spirit moose.”

They are considered rare and are protected in certain areas of Ontario, including in the Foleyet, Ontario area where this one was found, but the Ministry spokesperson said that in this case, the hunt was legal.

“Section 35 of the of the Canadian Charter of Rights and Freedoms explicitly recognizes and affirms existing Aboriginal and treaty rights of the Aboriginal peoples of Canada,” the spokesperson said.