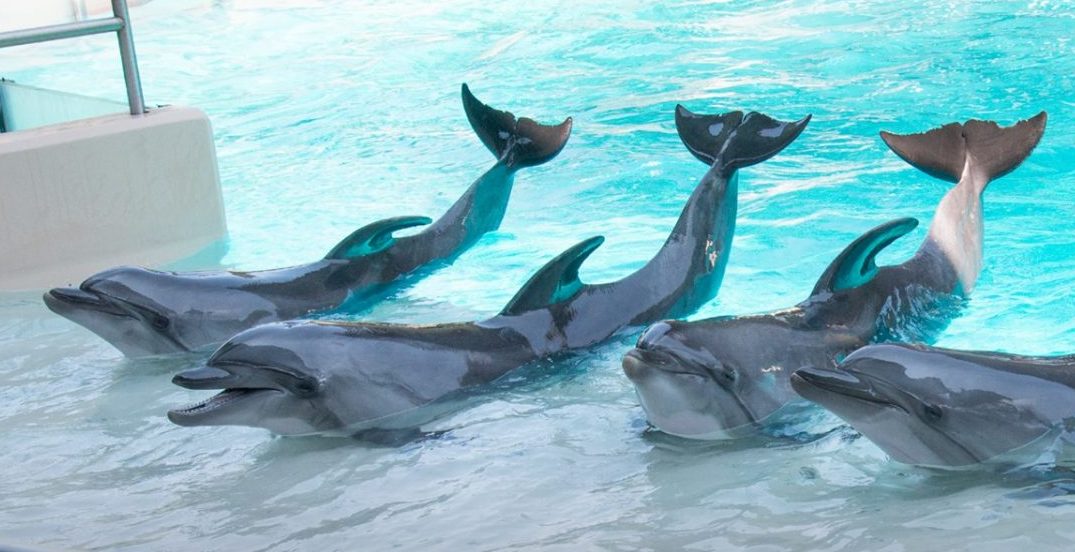 A complaint has been lodged against Marineland by Animal Justice, alleging that the aquarium is using dolphins in illegal performances.

According to the release, the educational presentations still include dolphin tricks, the dolphins pushing trainers through the water and a “dolphin dance party.” They tweeted video footage that reportedly shows one of these presentations.

BREAKING: Animal Justice is asking authorities to investigate Marineland over ongoing dolphin performances. Forcing whales & dolphins to perform for entertainment has been banned Canada-wide since 2019. pic.twitter.com/nOzlpqPpmB

“Authorities must step in to investigate whether Marineland’s dolphin performances violate federal laws protecting dolphins from being forced to participate in demeaning performances,” Camille Labchuk, executive director of Animal Justice, said in a press release.

Marineland has been making headlines around the world lately because of videos of an orca named Kiska. The footage from this summer went viral as it appeared to show Kiska floating on her side in her tank. There have been calls to free the whale, similar to the calls to free Tilikum, the whale at the heart of the Blackfish documentary, before his death in 2017.

Animal Justice has also previously filed a complaint against Marineland for the treatment of Kiska, citing that “it is illegal under federal and provincial law to cause psychological distress and suffering to an animal.”

Daily Hive reached out to Marineland for comment on the most recent complaint against them, but they did not respond before publication.

Marineland closes for the season on October 10. There are unconfirmed reports that it may not reopen. Daily Hive asked Marineland for comment on the possible closure but did not get a response before publication.