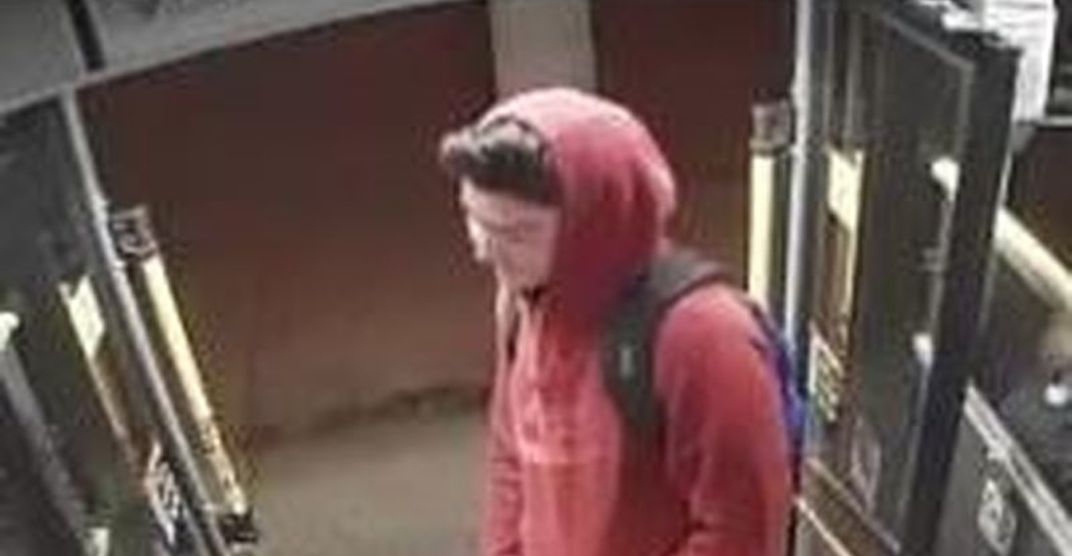 The Toronto Police have requested the public’s assistance in identifying and locating a man wanted for sexually assaulting a woman in Scarborough last month.

According to police, on Thursday, September 20 just after 8:30 pm, a woman exited a TTC bus at Morningside Avenue and Sewells Road.

The woman then walked westbound on Sewells Road towards Fawcett Trail when a man approached her and asked if he could help carry her grocery bags, she declined.

The man then sexually assaulted her and left the area and was last seen on Carisbrooke Square.

The suspect is described by police as “brown, 20 to 29-years-old, 5’7″, with a medium build and he was cleanly shaven.” He was last seen wearing a red hooded shirt with the hood up, black pants, and sparkly shoes.

On Wednesday, October 3, Toronto Police released a security image of the suspect from a camera located on a TTC bus. 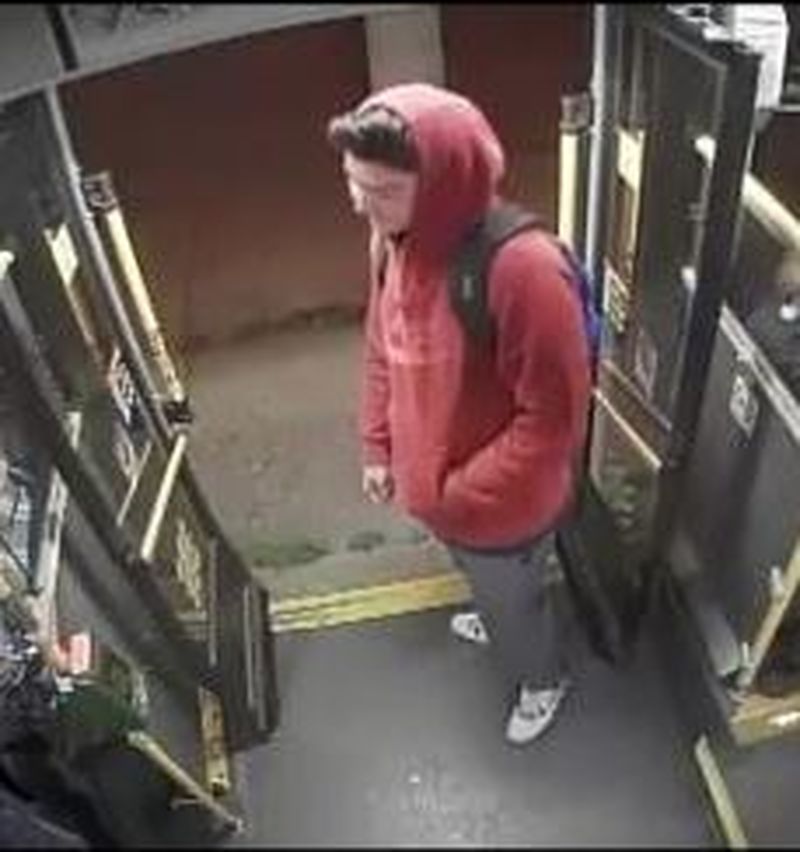 Police are reminding the public that sexual assault is any form of unwanted sexual contact, which includes, but is not limited to, kissing, grabbing, oral sex and penetration.