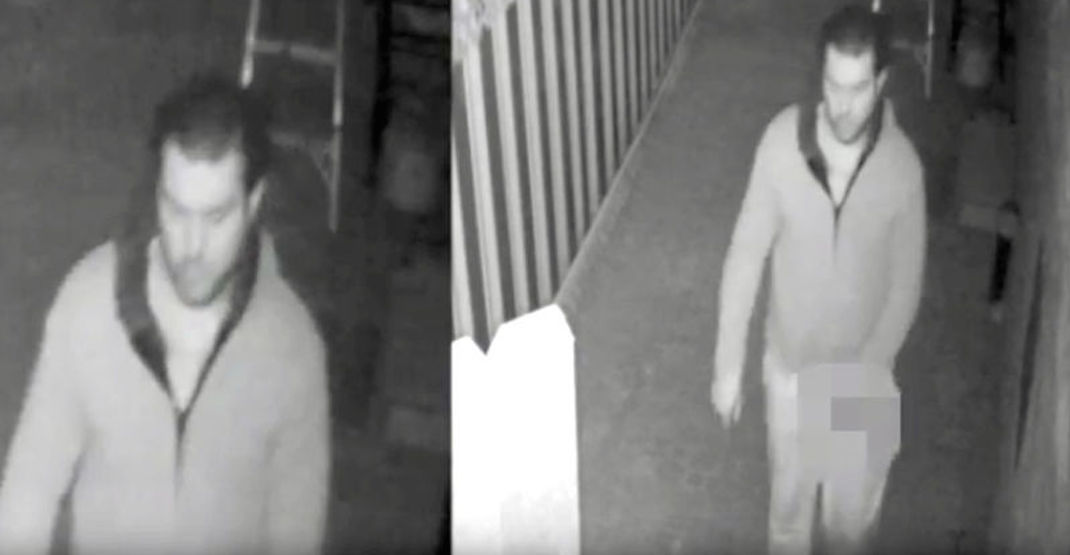 The Toronto Police have requested the public’s assistance in identifying and locating a man wanted for two prowler investigations in Etobicoke.

According to police, the first incident took place on January 22, 2015, in the area of Dixon Road and Highway 401, when a woman came home and noticed a man in her backyard.

The woman alerted her boyfriend who checked the backyard and noticed a man walking down the street before getting into a beige SUV and driving away.

After checking their home security system, the couple discovered that when the man was in their backyard, he took a ladder, placed it against the house and climbed up the ladder and looked into the bathroom window.

Police say the second incident happened on July 13, 2018, in the area of Burnhamthorpe Road and Renforth Drive, when two women were sitting in a backyard they noticed a man in the neighbour’s backyard, committing an indecent act. He then fled the area.

After seeing the security footage of the 2015 incident, the women contacted police to say they believed it was the same man in both incidents.

Police have described the suspect as around 6’-6’2”, with a medium build, and he was wearing a dark-coloured jacket, a white shirt and dark pants.