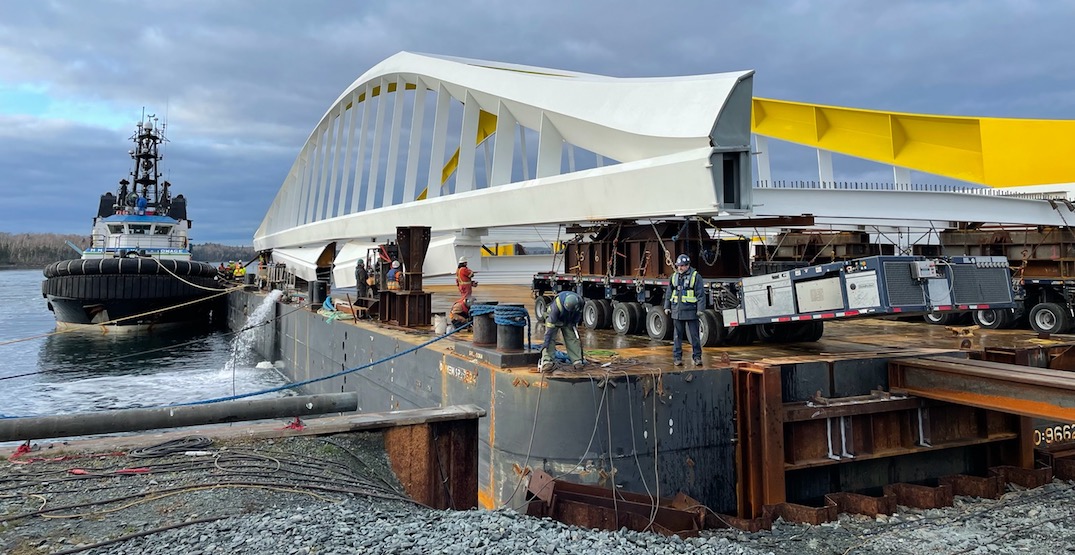 Yet another colourful, sloping bridge has set sail for its new home on the east end of the Toronto waterfront.

The eye-catching bridge, with a white exterior and bright yellow interior, is the new Cherry Street South Bridge — one of four bridges that will connect to the future Villiers Island community. The 70-metre-long bridge will run across what will eventually be the new mouth for the Don River in Toronto’s Port Lands.

Another bridge is sailing towards the Port Lands! The Cherry Street South Bridge will cross what is currently Polson Slip, and what will eventually be the new mouth for the Don River. #BridgeWatchTO https://t.co/opN6bUW3nq pic.twitter.com/Hw0jgdE7rl

Crews are currently working to build a new mouth for the Don River that will protect the area as flooding incidents become more common. Villiers Island — a planned 88-acre residential neighbourhood on a new island at the mouth of the Don River — will be carved out as a result of the new river bed. 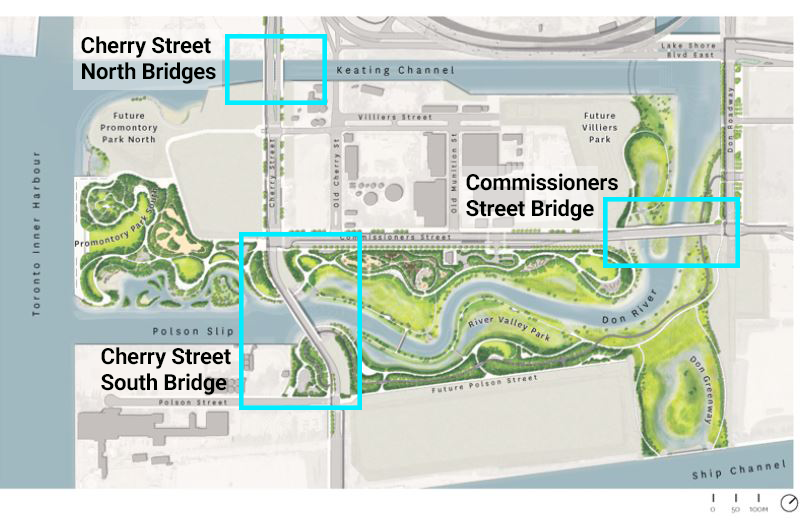 Two of the Toronto waterfront bridges will sit at Cherry Street North, with one bridge dedicated to cars, bikes, and pedestrians and the other for public transit. The final bridge will sit at Commissioners Street.

The Cherry Street North bridge arrived back in 2020, and the final piece of the Commissioners Street bridge was delivered to Toronto in September of this year.