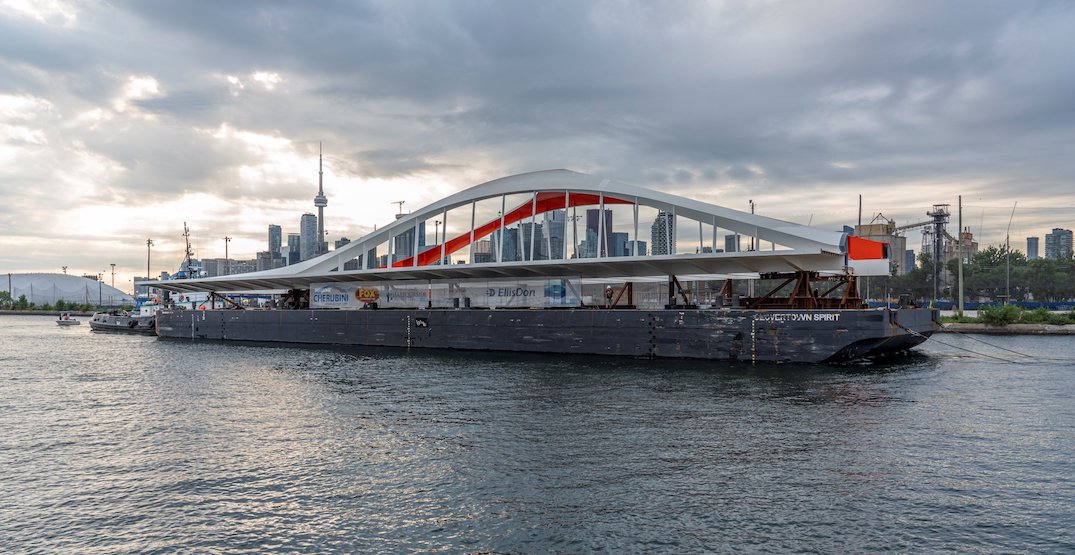 The final half of Toronto’s long-awaited Commissioners Street Bridge has finally made its way to the east end of the city.

The red and white sloping bridge will be installed as part of the Port Lands redevelopment project, which will create a new mouth for the Don River and a brand new island community for Toronto.

Measuring at 69 metres in length for just this half alone, the fully-assembled bridge will be the longest of four matching bridges installed for the Port Lands Project. The most recent half — the eastern half — left Nova Scotia on a barge in August and slowly made its way to Toronto to join the western half which arrived back in May.

In addition to the new river, the project will also lay the foundation for the 88-acre Villiers Island, which will have residential buildings, parks, and public spaces. The City has committed to having a minimum of 20% of the housing built there be permanent and long-term affordable rental housing, and those lucky enough to live there will have water views in every direction.