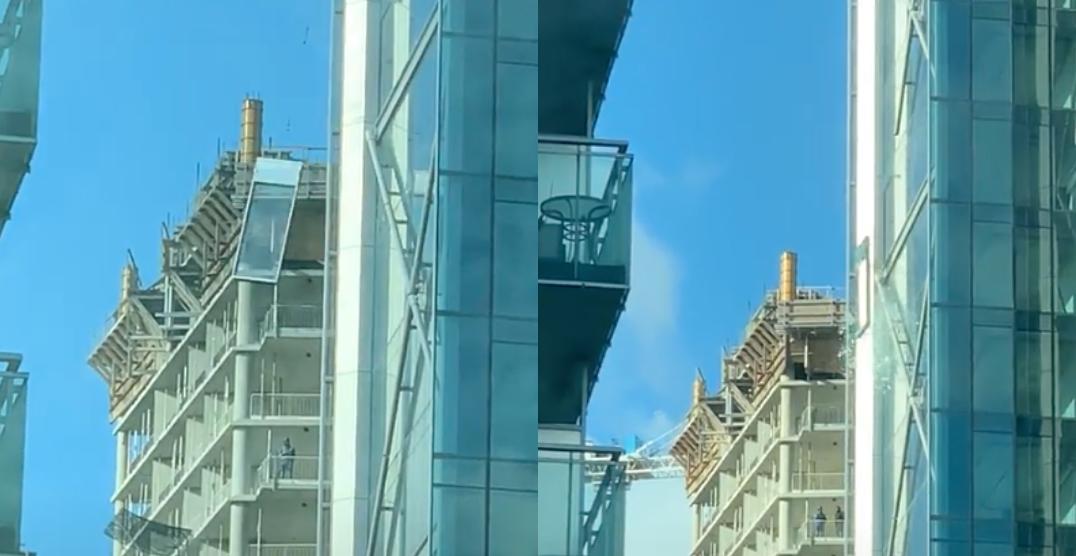 A glass door dangling from a downtown Toronto building shattered and fell onto the sidewalk on Friday morning, injuring one person.

Around 10:30 am, a glass door was seen suspended from an under-construction condo building at The Well near Front Street West and Draper Avenue. Video of the incident captured by user @Claire_Hulme on Instagram shows the door twisting and blowing in the wind for several minutes before eventually colliding with the side of the building, shattering the glass and sending it falling to the ground below.

According to Toronto Police, who tweeted about the incident on Friday, the injury was not serious. Front Street between Spadina Avenue and Portland Street was closed due to the glass, and those in the area were advised to use caution.

The Well, where the glass door was seen dangling in front of, is an upcoming six-tower multi-use development in Toronto that will border Front, Spadina and Wellington. The development has been under construction since 2017 and is expected to wrap up some time in 2022-2023.