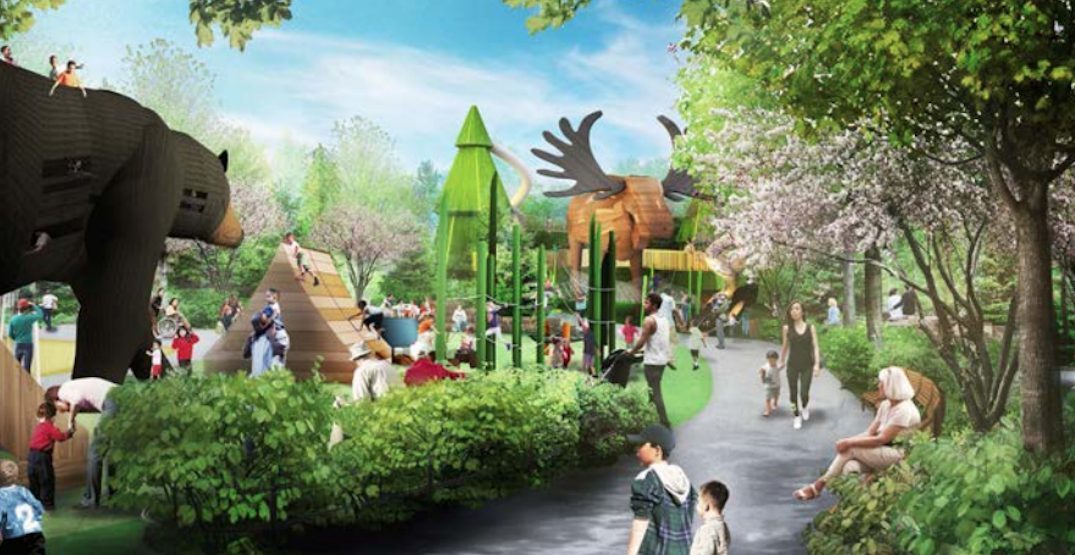 The Toronto waterfront will soon be home to a new park with a destination playground filled with larger-than-life equipment.

Waterfront Toronto released its five-year strategic plan on Monday, detailing many of the major changes Torontonians can expect to see at the waterfront, including a new destination playground.

The playground would be part of the whopping 62 acres of park land being added to the Toronto waterfront along the new Don River Valley and floodplain. The destination playground is set to be “a major free attraction featuring leading-edge playground design and nature play.”

According to Waterfront Toronto, it would be one of a handful of this type of playground in the world and the first in Canada.

“This new park will join others in the Port Lands as important new recreation spaces for the millions of Torontonians and visitors who come to the waterfront and islands, sites that are often at capacity during peak summer periods,” the plan reads.

A rendering of the playground reveals a number of gargantuan play structures that would be unique to Toronto including a massive black bear, moose, and evergreen tree. There would also be a few more common playground additions like a wooden climbing structure and ropes course.

Other additions to the waterfront outlined in the plan include public art installations, a continuous waterfront boardwalk, and a redesign of the Jack Layton Ferry Terminal.