If you’ve been through Union Station recently, you may have noticed it’s been undergoing some changes as part of the Union Station Revitalization Project.

The project, while honouring the building’s historical legacy, is restoring important heritage elements while transforming Union Station into a major destination for shopping, dining and community gathering.

Union Station currently welcomes a quarter-million people daily and the revitalization project will help turn the station into more than just a transit point but into a destination where people will want to come and shop or have dinner.

And with the holiday season fast approaching, Union Station is getting ready to unveil some of its new retail locations and holiday pop-ups. 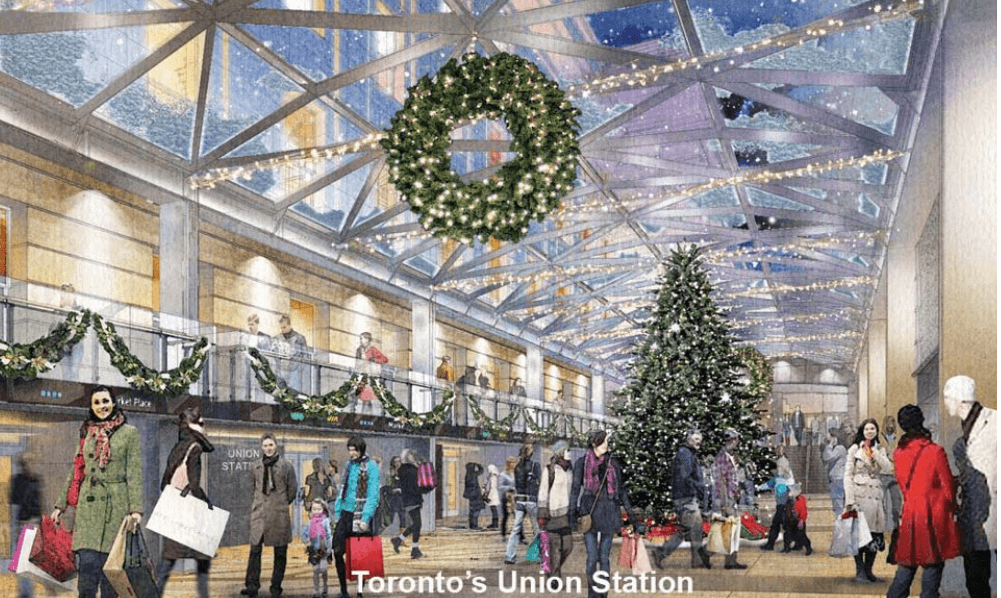 There will also be two full-service restaurants in the York Street Promenade opening including Union Chicken and Amano, a new pasta concept.

To support the opening of these new retailers, Union station will be hosting a number of exciting holiday events and attractions.

Whether you want to shop for that special gift, listen to some festive music, or enjoy some delicious food from one of the new restaurants, Union Station is the place to be this holiday season.