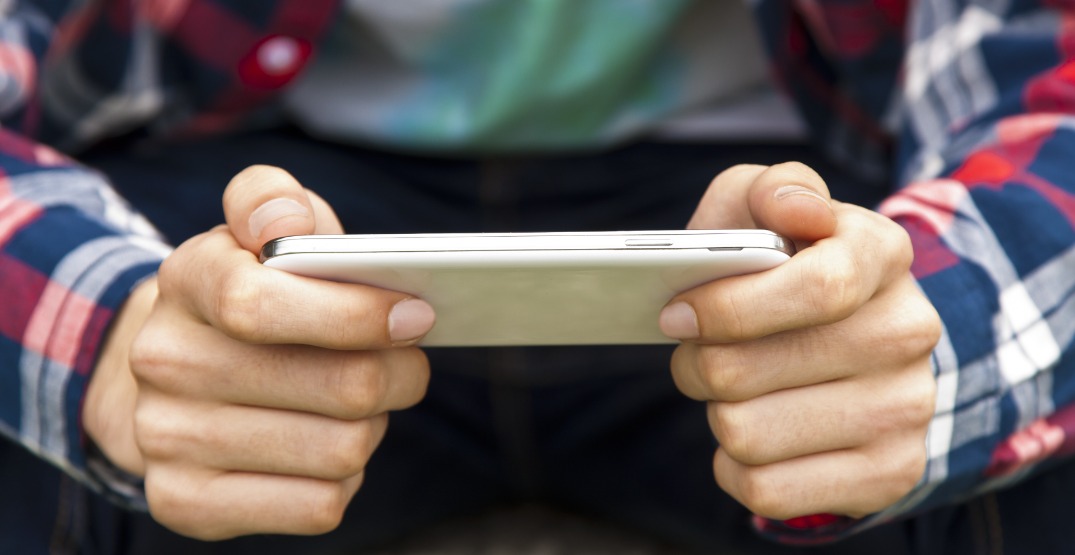 Have you heardle the good wordle?

According to a recent study, Canada ranks seventh in the world at Heardle, with Toronto coming in third nationwide.

Heardle is based on the popular word puzzle game Wordle. But instead of asking for a correct word, this game asks players to identify a pop song based on the first second of the track. Players have six tries to get it right, plus a clue with every wrong guess.

WordTips analyzed thousands of geotagged tweets to find the average Heardle score for places around the globe and compiled the findings in a recent study. 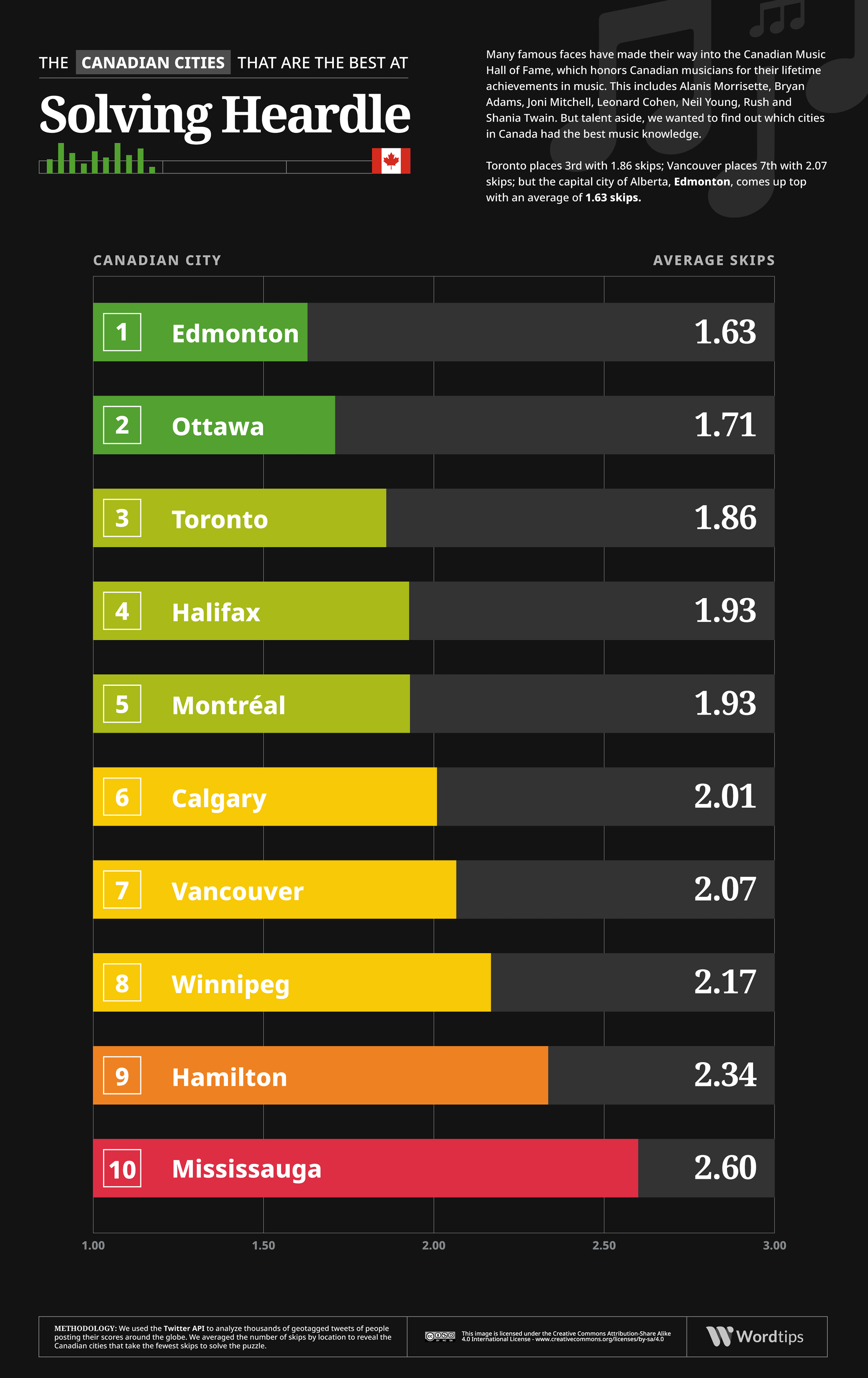 Here’s the nitty-gritty of each city:

Edmonton was rated the best city in the country at Heardle, with people living there naming the correct tune in an average of 1.63 guesses.

Halifax came next on the list, taking 1.93 turns to get it right. Montreal had the same number, and Calgary took 2.01 turns.

Vancouver shows up in seventh — just like Canada on the global list. Vancouverites average at 2.07 skips, trailed by Winnipeg with 2.17. 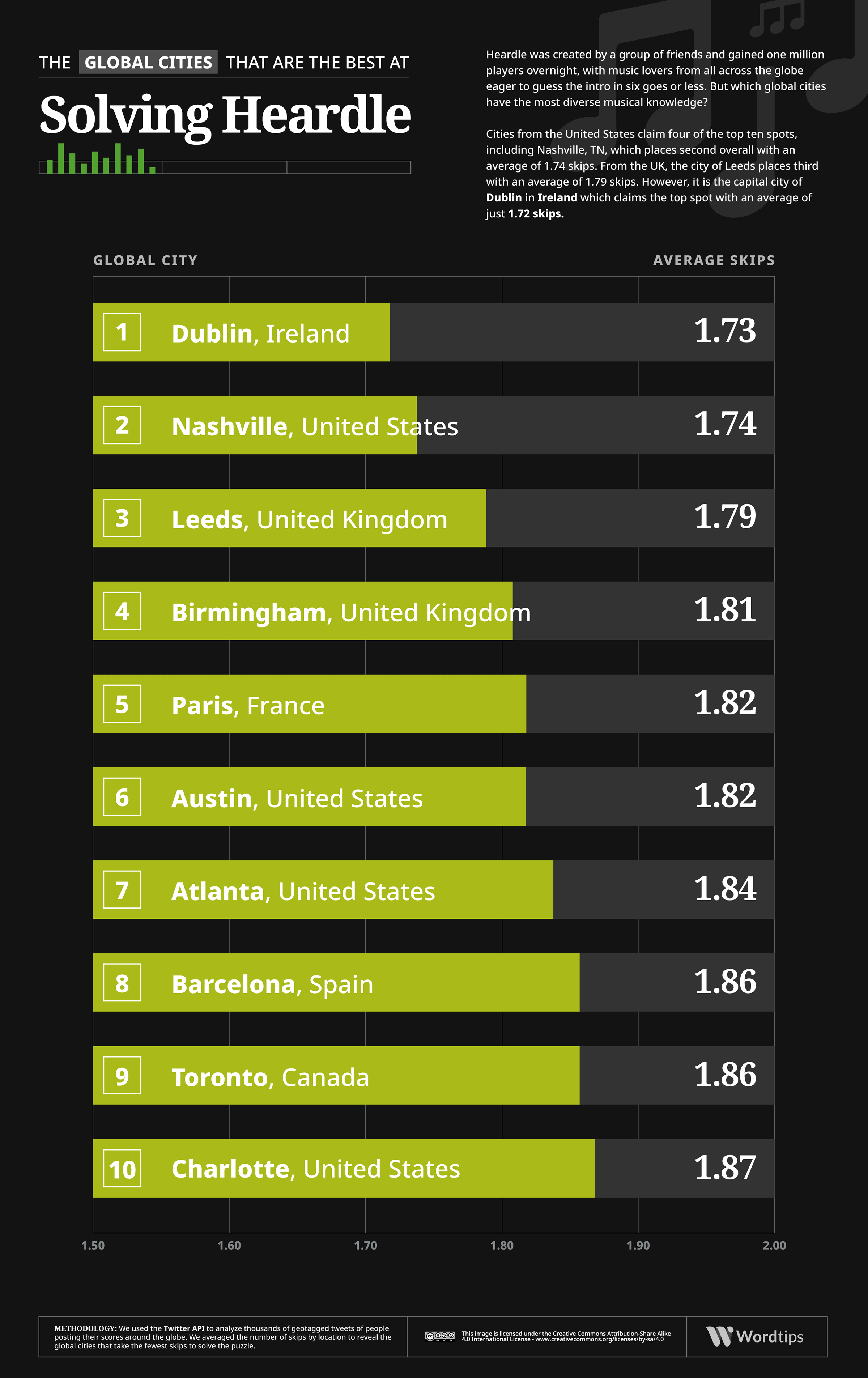 Ireland is the best country worldwide at the game, with players in Dublin guessing the correct answer in an average of 1.73 turns.

France came in second, followed by Belgium, Venezuela, the United Kingdom, and Germany, in that order.

Fun fact: The easiest Heardle song to guess is apparently “Smells like Teen Spirit” by Nirvana. If you get that one wrong, yeah, it’s on you. By comparison, one of the hardest was the 2000 hit “Ms. Jackson” by Outkast — I am for real. No need to feel bad about skipping it.