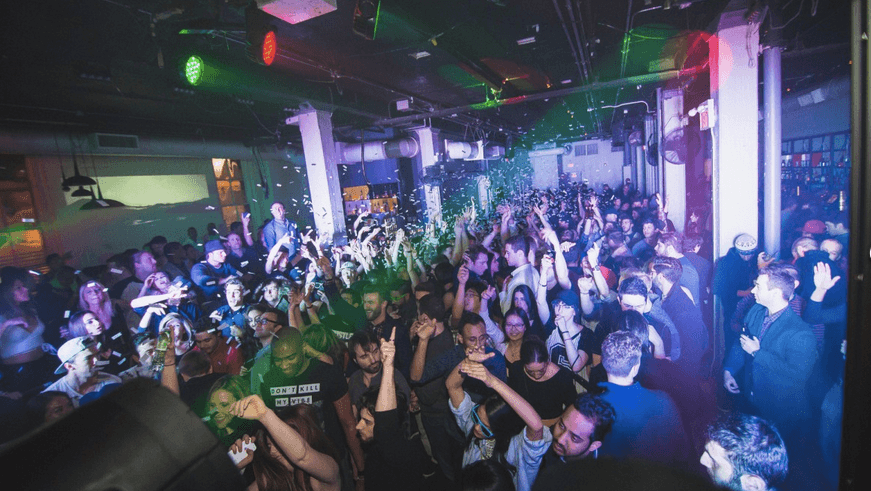 If you’ve been out in Toronto to check out some electronic music acts in recent years, chances are you’ve been the The Hoxton.

The space at Bathurst and King often had lineups around the block on weekends. The Hoxton has hosted everyone from Kanye West to Skrillex, Diplo, and Flume.

And now, the popular venue has announced that it will be closing its doors for good at the end of January.

The final shows at the Hoxton will take place on January 27 and 28, and will feature Deorro on the Friday, and No Neon with Hunter Siegel on Saturday.

We would like to thank all the DJs & bands that have played at the Hoxton, our staff and of course the fans who came out and supported our events. We are excited for what this final month will bring and hope to see you all at the Hoxton one last time.

As we get ready for our final month at The Hoxton, we are also reflecting on the amazing past few years. THANK YOU to all the artists that we have shared memories with here. We look forward to working with you all again. #RIPHoxton

Having been around for a while, and having had some amazing artists roll through, The Hoxton will certainly be missed in the city.

Wow rip to The Hoxton. Probably my favorite club in Toronto

Add The Hoxton on to the list of Toronto venues shutting down in January. Wow. What a horrible month for Toronto music.