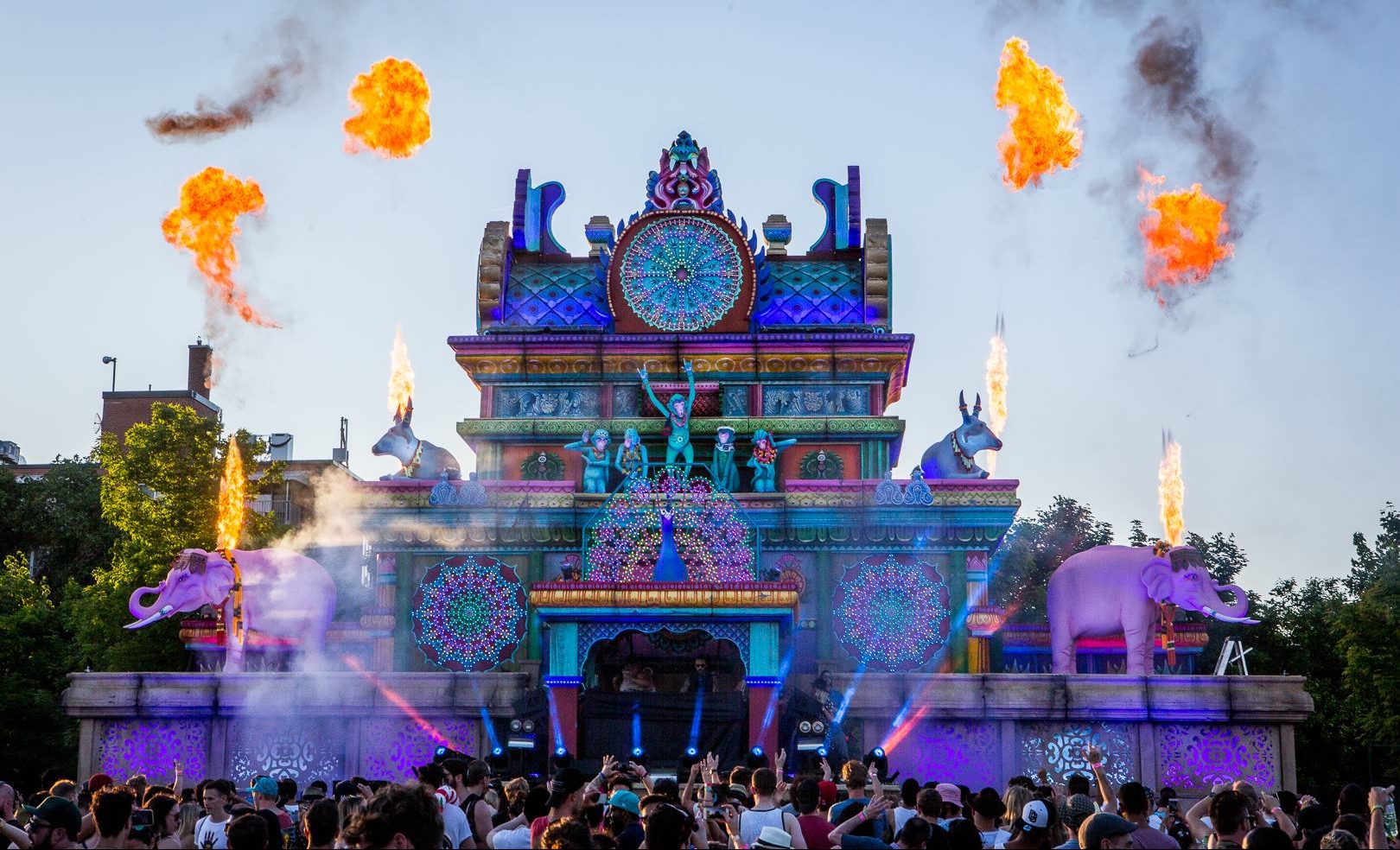 After the recent announcement for Coachella, Governors Ball was on its heels with its lineup, and so began the planning of summer music season.

Toronto is home to some incredible festivals, and they all return in just a few months (along with that warm sunshine we all miss). So if you’re hoping to catch one, or a few, music festivals this year, we’ve got a list of some of the best to attend in and around the city. Because nothing spells summer time like music, friends, sunshine, and a little road trip.

Originating in the UK, Bestival made its way across the ocean for the first time in 2015 and has put on one hell of a festival in Toronto over the past two summers. The festival is not only about the music, but encourages costumes and festival-goers get dressed up for the two day fest. With an incredible diverse lineup in the past, this year’s should be bigger and better.

Governors Ball has us wanting a road trip with this year’s stellar lineup. The music festival takes place on Randall’s Island in New York- and who wouldn’t want a NYC summer trip anyway? And with Chance The Rapper, Tool, Phoenix, Childish Gambino, Lorde, and Flume there this year, there are just too many reasons we wouldn’t want to fork out the cash and have a ball in New York.

When: June 2 to 4
Where: Randall’s Island, New York, New York
Tickets: Passes available online from $275 US

Returning for its 16th year, Bonnaroo is one big reason you should make your way down to Tennessee. The annual fest takes place on a 700 acre farm southeast of Nashville, in Manchester, Tennessee. As a music lover, Nashville itself is an incredible city to visit. Although the lineup hasn’t been announced yet, there are bound to be some epic headliners on the bill. And make sure you spend some time in Nashville while you’re in the hood.

When: June 8 to 11
Where: Great Stage Park, Manchester, Tennessee
Tickets: Passes available online from $299.50 US

The 23rd annual NXNE returns to the 6ix for a 10-day festival with a massive selection of music, gaming, comedy, and more starting June 16 until 25. NXNE will be back to the Port Lands for three days from June 23 to 25, which will include two main stages, art installations, activations, places to chill between acts, carnival rides, and a comedy tent. And as usual, the festival will host hundreds of new and established artists at over a dozen venues across the city.

A fairly new festival in the city, Field Trip’s lineup was a killer last year with the return of The National (swoon) and Robyn. One of the perks of Field Trip is it is very accessible and is family friendly. The 2017 lineup has not been announced yet, but we anticipate the return of Field Trip in our backyard.

Start July off with one of the city’s largest electronic fests. The annual Canada Day weekend festival has yet to announce it’s lineup, but has always attracted major names in EDM. With Toronto’s beautiful shoreline playing host to the festival, you’ll bask in the sun to great tunes, while admiring the 6ix’s skyline. Flower crowns optional.

Each year, Bluesfest surprises fans with epic headliners. Case in point, 2016, when Red Hot Chili Peppers was in the lineup with Duran Duran, Future, and the Lumineers. Lineups are yet to be announced, but Bluesfest is bound to blow us away once again. And what better time to visit the nation’s capital than Canada’s 150th birthday? Oh Canada!

When: July 6 to 16
Where: Lebreton Flats, Ottawa
Tickets: TBA

This three day music festival in the peak of summer is the reason to visit Chicago this year. Held at Union Park in ChiTown, Pitchfork Music Festival is an annual fest that caters to the indie kid in all of us. Last year, headliners included Sufjan Stevens, Beach House, Broken Social Scene, and Blood Orange. We can’t wait to see who’s on the list this year. And you’ll get to see Chicago, so there’s that.

Back for its third year, the very fun multi-day arts and music festival is everything we crave about summer festivals. The WayHome Music & Arts Festival is fast becoming one of the largest festivals in the region, all due to its wicked vibes, and incredibly diverse lineups (which is yet to be announced). WayHome has it all in terms of music, camp settings, food, and atmosphere.

Drake’s OVO Fest has grown from its local roots. The festival, which was housed at the Molson Amphitheatre for years, moved to the ACC last year, and its format changed (basically Drake took a similar tour across North America), but fans still love the rap fest nonetheless. Often falling on the same weekend as Caribana, OVO Fest is mostly known for Drake’s annual surprise guests. This has become one of Toronto’s biggest local festivals, and if you’re a Drake fan and haven’t been to one yet, keep an eye out for the line up announcements and ticket sales around March. This always sells out.

When: August
Where: Air Canada Centre, 50 Bay Street (although this might change)
Tickets: TBA

Montreal’s Osheaga Music and Arts Festival has been an East Coast staple for the last 10 years. This is a highlight of summer for many in the region. Besides Montreal’s boasting nightlife and epic summer weather, Osheaga’s normally massive roster of artists should be a good reason for you to visit. And don’t forget the poutine.

When: August 4 to 6
Where: Parc Jean-Drapeau, Montreal, Quebec
Tickets: TBA

One of the city’s largest electronic summer festivals, Veld is back to take over Downsview Park in August. Boasting some of the biggest names in the electronic scene, last year’s line up included local fave Deadmau5, Flume, and The Chainsmokers. This year’s lineup has yet to be announced, but it should be a good one. And remember to bring your sunscreen.

A one-day awesome mid-summer jam, Time brings us some international and some local babes over two stages. From electronic to rap, this low-cost festival has it all. Keep checking the website for lineup announcements, but be sure to check it out this year. Time is especially awesome for those who want a one-day city festival experience.

No summer is complete without at least two flower crowns at the Mad Decent Block Party. Diplo’s annual summerjam heats up the city in August with a slew of musicians who just want to make you dance. Of course Diplo, too. This is generally an 18+ event, and we were just kidding about the two flower crowns. One will do.

September is basically still summer in the 6ix. The Toronto Urban Roots Festival returns for its fifth year, and it has been an early fall highlight for the past four. The lineup often consists of pretty awesome indie bands, which included Death Cab for Cutie last year. Forget fall, and have an extended music festival season at TURF.

Just because winter hits, doesn’t mean the music stops. The Solaris Winter Music Festival takes place in December, on Boxing Day weekend, and bring some big electronic acts into town during the holidays. Last year’s lineup included Zedd and Marshmello, and this year should be pretty lit.