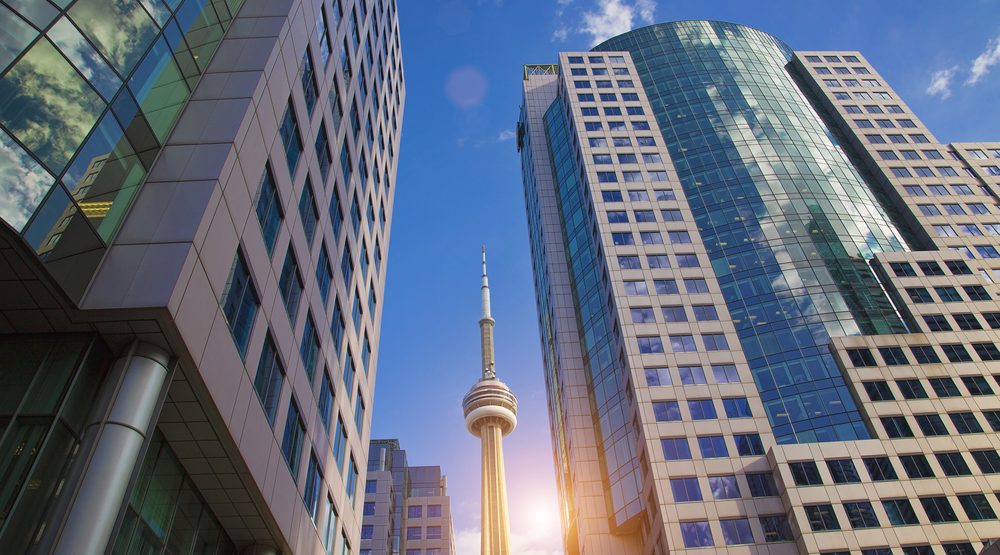 It’s no secret that Ontario’s capital city is a leader in technology, but once again the city has been recognized as one of the top hubs for tech on the continent, beating out the likes of New York, Boston, Vancouver, and more.

CBRE has released its Tech Talent report for 2020 and revealed that Toronto is now North America’s fourth top market for tech talent — falling one place compared to last year. According to the report, the city was a North American leader in tech employment growth “leading up to the COVID-19 pandemic, helping to fortify the city’s status as one of the world’s leading tech centre.”

Other notable Canadian cities included Vancouver holding onto 12th place, while Ottawa jumped up five positions to 14th position, ahead of Montreal, which slid down to number 16. Calgary also made its first appearance on the list, debuting at No. 34.

“Online demand and the tech sector in general have gone into overdrive since the emergence of COVID-19. This report points to the cities likely to benefit most from this activity and Toronto continues to be near the front of a very competitive pack,” CBRE Canada Vice Chairman Paul Morassutti said, in a release.

“With Canada making headway in the effort to contain COVID-19 and US visa changes likely to hurt tech talent attraction south of the border, the tech-mentum of Canadian cities is likely sustainable.” 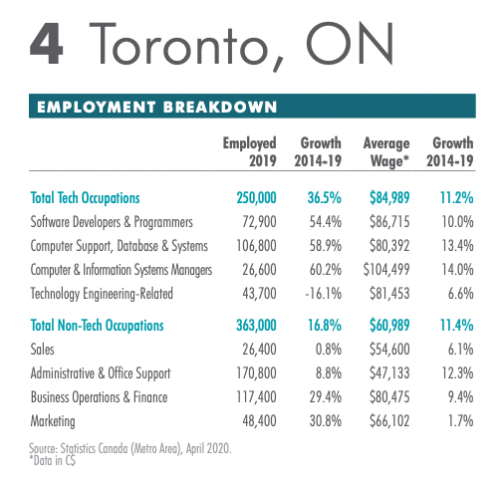 Interestingly enough, Ontario’s Waterloo Region ranked number one on CBRE’s “Next 25,” which rates up and coming markets in tech other Canadian cities on the list include Quebec City at sixth, Edmonton at ninth, and Halifax at 12th.