Silicon Valley be warned: Toronto’s tech sector is on the rise, and it’s currently outpacing the likes of major North American tech hubs including the Washington DC, New York, Austin, and Boston, according to a new report.

CBRE has released its latest Scoring Tech Talent report and it revealed that Toronto has risen to become North America’s top third market for tech talent, following the likes of the San Francisco Bay Area and Seattle, respectively.

In fact, Toronto’s pool of tech talent grew at the fastest pace of all 50 markets measured, with an impressive 80,100 tech jobs added in the past five years—which is a 54% increase.

The report also revealed that Toronto has nearly equalled the number of tech jobs created in the San Francisco Bay Area since 2013.

“We hear about tech more and more, but in a thriving city like Toronto, the impact of tech companies and the growing influence of tech talent cannot be overstated,” said CBRE Canada Vice Chairman Paul Morassutti in a statement.

“Tech job growth has a multiplier effect in the economy and the influence of tech is re-shaping virtually every sector of real estate. Toronto, San Francisco, and Seattle are comfortably mentioned in the same sentence and are attracting the best in the industry,” added Morassutti.

Elsewhere in Canada, Vancouver and Montreal took the 12th and 13th spots, respectively, while Ottawa rounded out the Canadian markets at 19th. 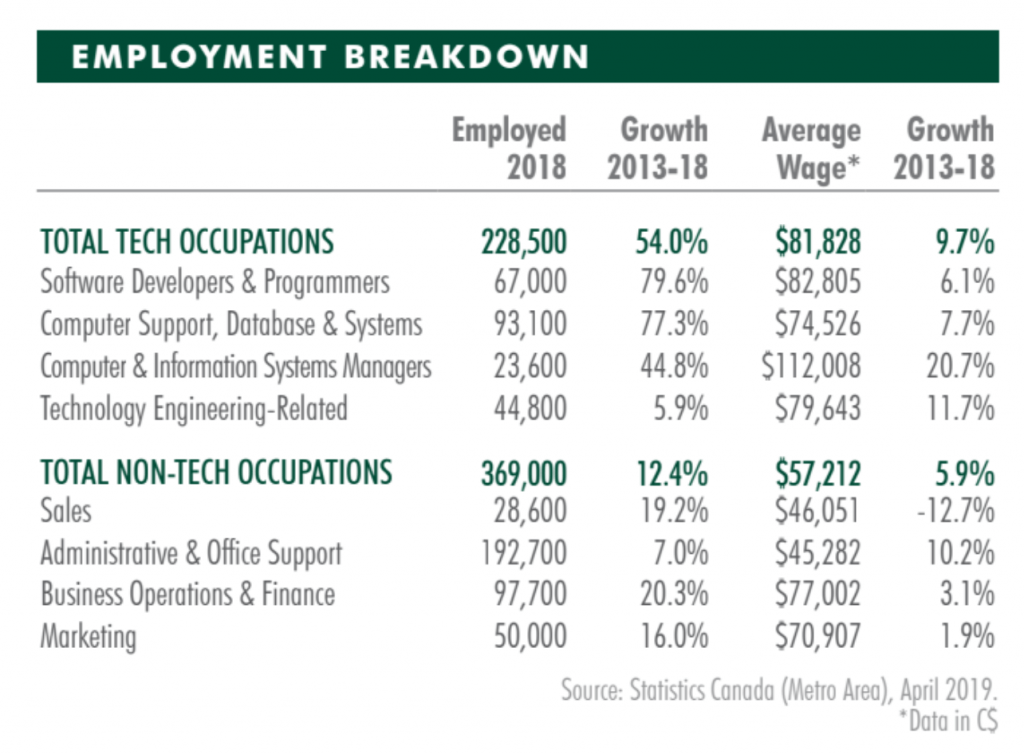