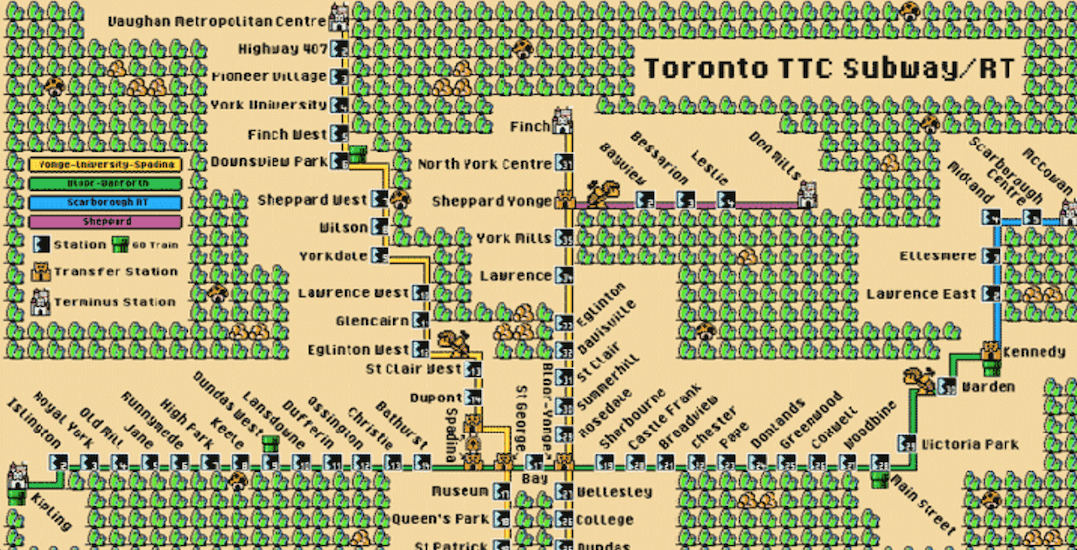 Finally, someone knows what they’re doing when it comes to the TTC.

Delisle originally revealed his creation back in 2012 but following the new TTC Line 1 extension, he did a serious overhaul and released a new map.

Now, this is a TTC theme for maps we could get on board with.