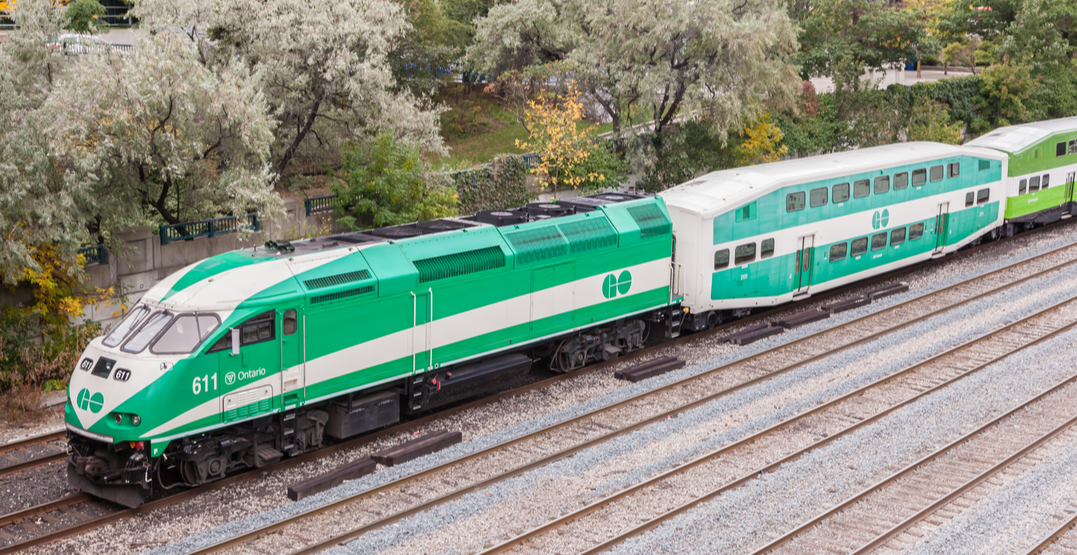 Metrolinx is moving ahead with its plans to add and build 12 new GO stations on its existing routes, this will include six Smart Track stops.

The regional transit agency made the announcement on Monday, following the release of its latest 85 page GO Expansion RER New Stations Business Case Analysis. The 12 new GO stations are estimated to cost $2.1 billion, and are now being recommended for full business case studies, after the initial design cases showed $6.7 billion in “positive benefits.”

“Stations are really the heart and the interface and the opening to communities,” said Metrolinx CEO Phil Verster said during a presentation at the Toronto Region Board of Trade. “That’s the first step in that customer experience.”

The new GO stations include Finch-Kennedy and Lawrence-Kennedy on the Stouffville line, as well as the proposed East Harbour business centre on the former Unilever site, and one at Gerrard and Carlaw. 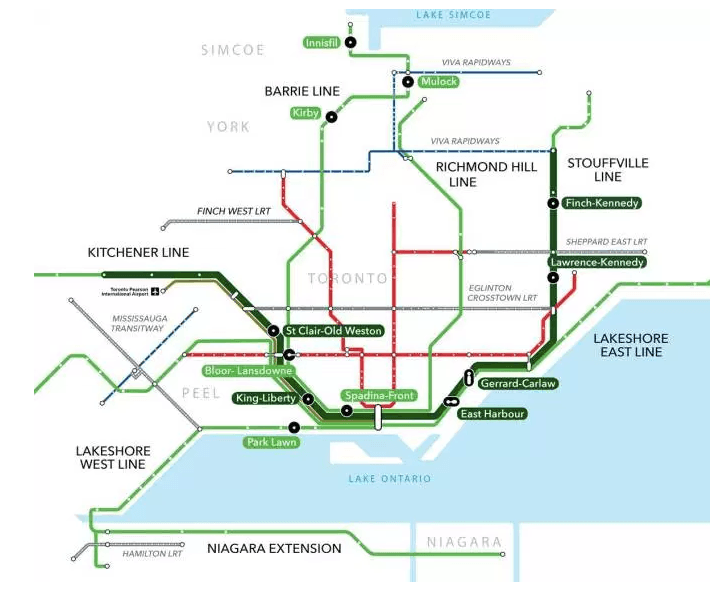 According to Metrolinx, 2 stations would be added west of downtown Toronto, at Spadina, and another close to the Liberty Village community at King and Dufferin, each offering better connections to existing TTC streetcar routes.

“The latest Metrolinx analysis makes it clear the case for SmartTrack is getting stronger,” he said. “We are getting on with building SmartTrack because it can be done quickly, and will provide relief faster for TTC riders on the Yonge-University-Spadina line.”

The company also has additional plans to look into Bloor-Lansdowne and St. Clair-Old Weston stations, and how they could see benefits of transit stops.

And to the north, Kirby, Innisfil, Breslau and Mulock stations will all also be undergoing further study.

While expansion has its benefits, Metrolinx says that both the short and long-term impacts will be significant.

“We need to go and very carefully think about how we consult and work with our communities,” Verster said. “We need to figure out how we can come up with options.”

In addition to the 12 stations, Verster announced a new stop would be studied in the future.

“Park Lawn is emerging as a station with a huge positive benefit,” he said. “We will continue to pursue the Park Lawn business case.”

All twelve stations will now progress to the next stage, and full business cases for each are expected by the end of 2018. 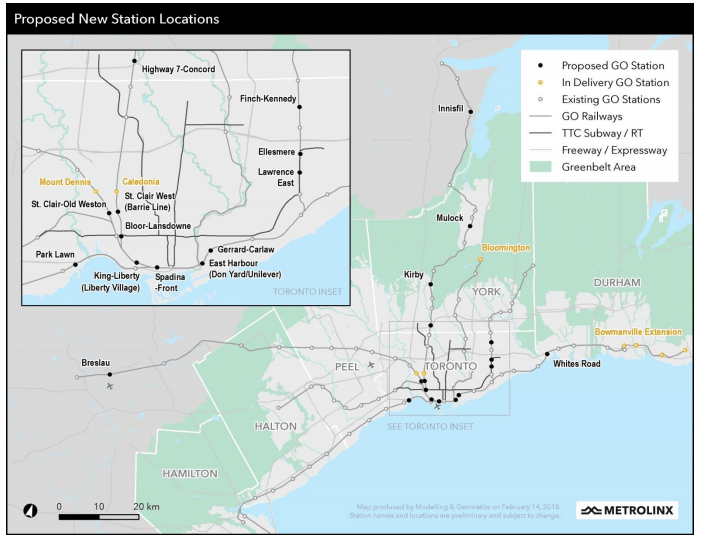