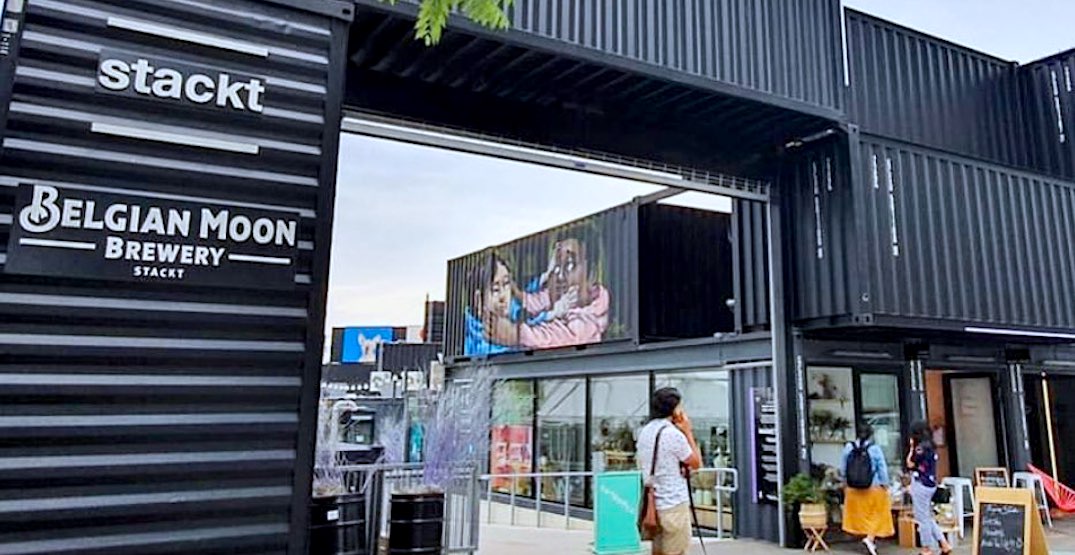 Torontonians have long known that stackt market was a cool, innovative addition to the city, and the retail space is now getting international acclaim.

This week, Fast Company released the winners of its 2021 Innovation by Design Awards, and stack picked up the Retail Innovation award for its resourceful conversion of old shipping containers into a must-see retail space.

Located on a pending development site at Bathurst and Front Streets, stackt market offers micro-retail space with flexible leases, making it a hot spot for up-and-coming businesses. It opened in April 2019 and has already had more than 1,000 businesses set up shop there.

“It’s a unique new form for retail as the industry faces changes wrought by e-commerce as well as the pandemic,” Fast Company writes.

Matt Rubinoff, stack’s founder, celebrated the win, saying it is an honour for the market to be recognised with such a prestigious award.

“stackt was designed and built to redefine how underutilized land can work in conjunction with a goal of building culture through community-driven initiatives,” Rubinoff said.