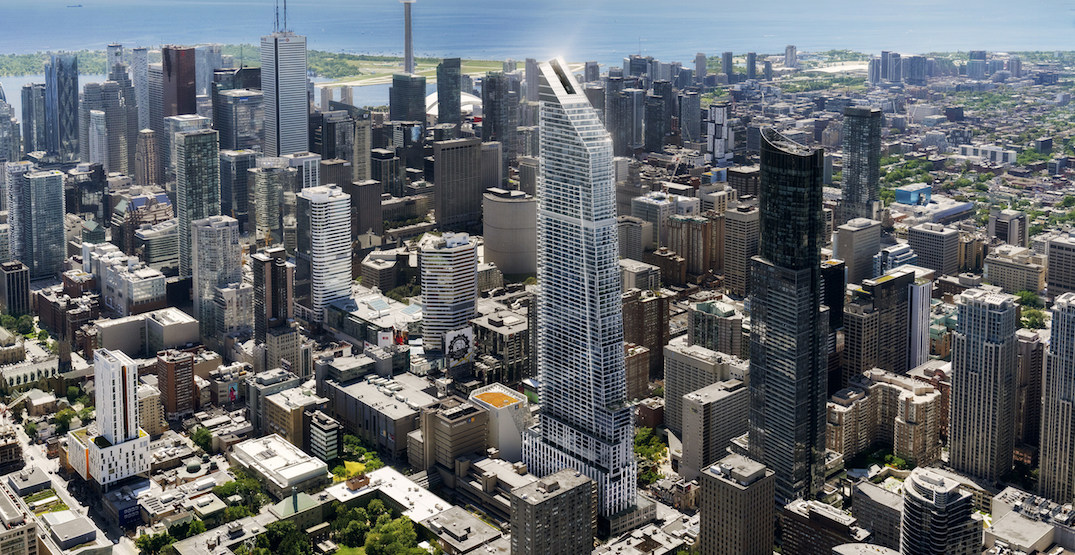 Previously scrapped plans for a downtown Toronto skyscraper have been given a second life as a new developer takes on the project.

Concord Adex is taking over a proposed development at Yonge and Gerrard Streets after Cresford Developments dropped it following severe financial troubles.

With Concord Adex now on board, the plans have changed slightly. The tower will now top out at 95-storeys, making it the second tallest residential tower in all of Canada. And with the new developer comes a new name for the project, now dubbed Concord Sky.

“We put our name on Concord Sky and intend to be exceptional stewards of this property for future generations,” said Terry Hui, president and CEO of Concord Adex.

The Toronto skyscraper, which Hui says will be a “vertical neighbourhood,” will have a whopping 1,100 homes inside of it. Roughly 700 were sold when the development was still under Cresford, but Concord will uphold those agreements.

Although the building’s angular silhouette remains relatively unchanged from previous design plans, new renderings show that there will now be balconies outside the building where there was once a flat glass exterior.

Concord, however, is planning significant changes to the inside of the building, saying in a press release that they will be “upgrading the original specifications and enhancing the amenity complement to better befit a development of this stature and its future residents.”

Construction on the tower is expected to be complete in 2026.