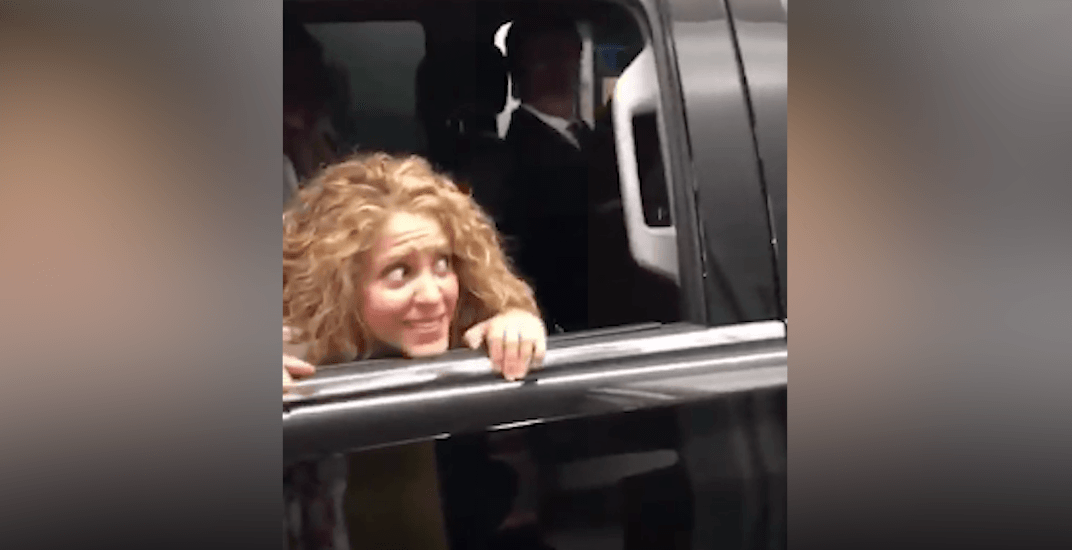 The one and only Shakira was in Toronto last evening to perform at the Scotiabank Arena as part of her El Dorado World Tour.

And as the global superstar took to the stage, an intense and heavy rainfall began falling outside of the venue, which caused widespread flash flooding and power outages in several parts of the city.

Flooding was severe in some areas as rain quickly overwhelmed drainage systems and flooded buildings, including sections of the Scotiabank Arena.

Fortunately, the rain didn’t affect the stage and Shakira was able to bring the house down.

However, when it came time for the Colombian singer to leave the venue, the parking garage was severely flooded, which prompted her to post a series of stories on her Instagram page.

In one of the videos, the singer can be seen poking her head out of an SUV window as it pulls away from the venue and it’s safe to say her reaction to the flooding is nothing short of priceless.

Luckily, the 41-year-old singer and her fans were able to make it home from the arena safe and sound.