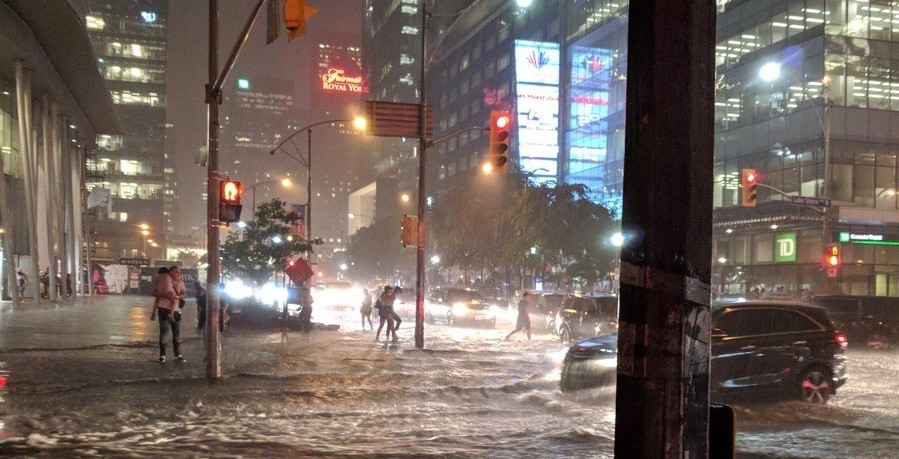 In something from a nightmare (or a movie that gives you nightmares), two men came dangerously close to losing their lives last night after becoming trapped in a flooded elevator during the massive rainstorm.

The elevator was stuck in a basement of a commercial building in the city’s north end at Alliance Avenue and Rockcliffe Blvd., holding two workers captive as it began to fill with water. According to Toronto Police, the water reached levels of six feet before the pair was rescued by officers who had to swim down to the basement to free them.

The men had just a foot of breathing room above them in the flooded elevator before the dramatic rescue.

Thankfully, both men survived, although police did report that there were injuries.

The storm wreaked havoc on other parts of the city last night, causing numerous floods, submerged cars, street closures, and power outages. More rain is in the forecast for today.