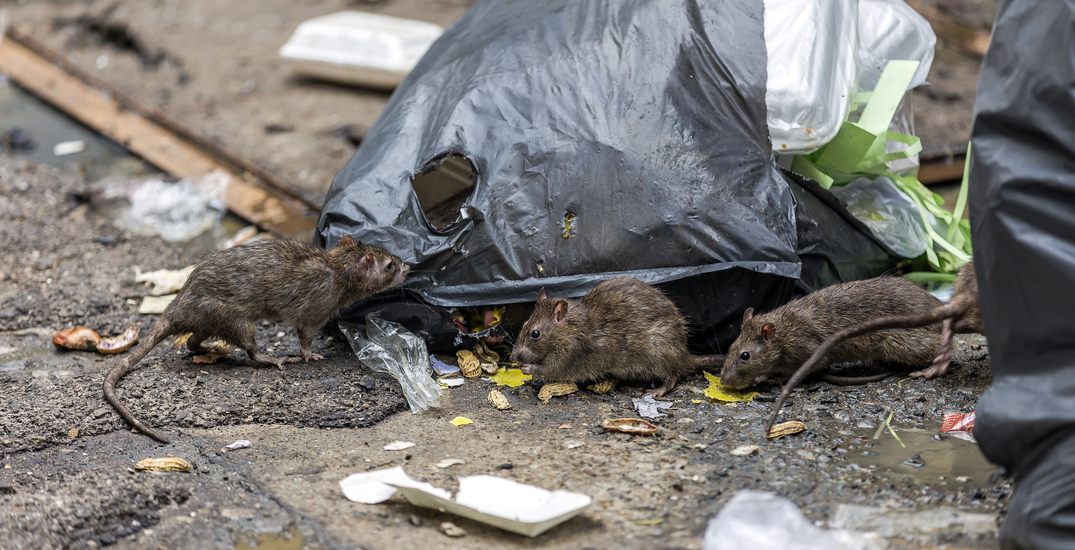 Toronto has been ranked the “rattiest” city in Ontario for the second year in a row.

The city and its surrounding suburbs nabbed the top three spots on Orkin Canada’s annual list of the top 25 rattiest cities in the province.

The rankings are based on the number of commercial and residential rodent treatments that the pest control company carried out between August 1, 2020, and July 31, 2021.

Mississauga came in second, followed by Scarborough in third place. Ottawa and North York rounded out the top five.

Notable changes to this year’s list include Ottawa moving up from 12th place, Sudbury falling from eighth to 19th, and Kitchener, which didn’t rank last year, taking last place.

“Multiple lockdowns this past year have meant more people are cooking and eating at home,” Orkin Canada said in a release.

“A recent survey found that Canadians produced 13.5% more food waste during the lockdown than non-lockdown times.”

“Food abundance means potential increases in rodent populations, which is why people may be seeing more rats and mice in residential neighbourhoods.”

The COVID-19 pandemic has had both an immediate and long-lasting impact on rodent populations, the company noted.

Orkin Canada workers have observed, “bolder behaviour” among many rodents. While the creatures are typically nocturnal, daytime sightings have become more common.

Rats and mice have also increasingly been migrating from “resource-depleted urban areas” to the “food-rich” suburbs, where they reproduce and drive up the population. 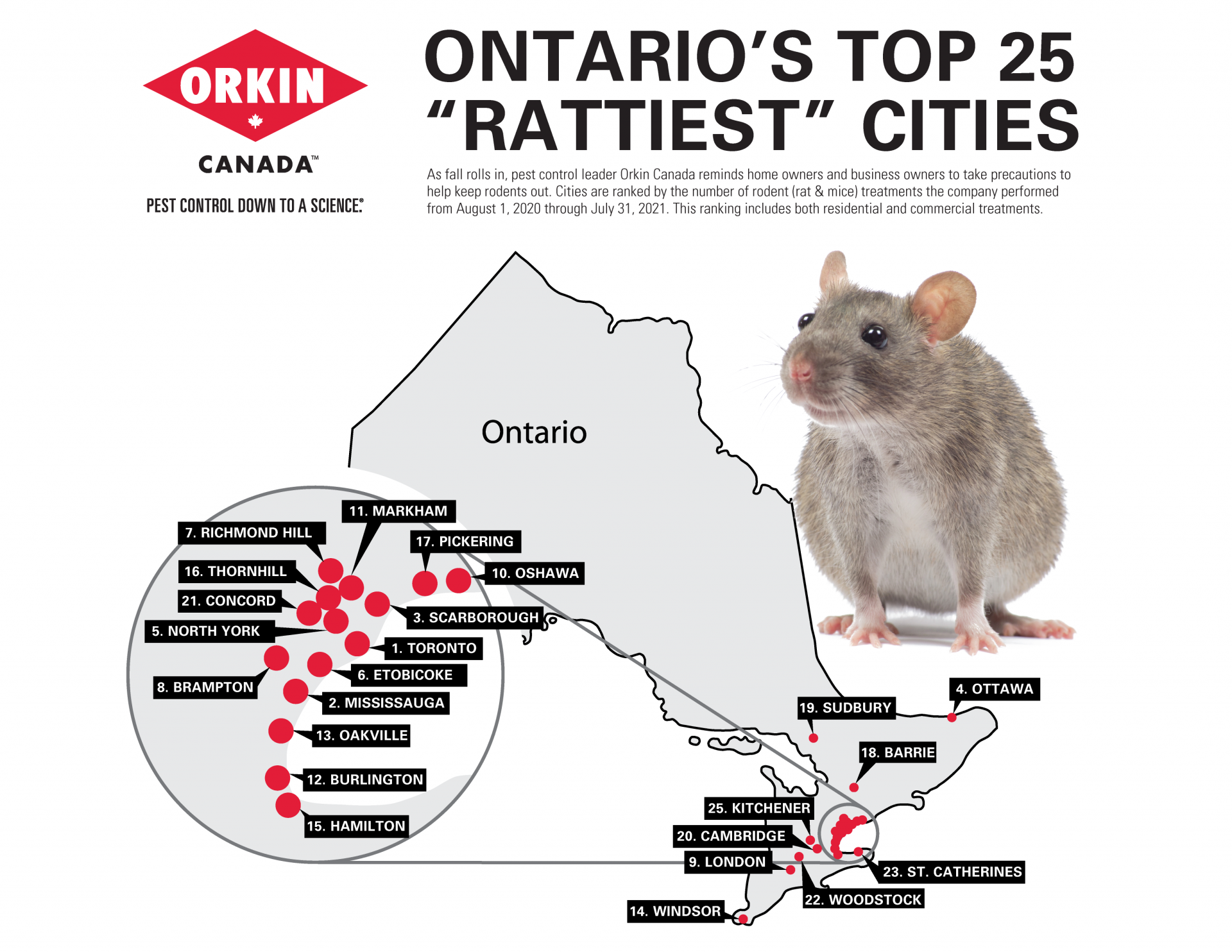 To keep rodents out of your home as cooler weather approaches, Orkin Canada advises sealing cracks and holes in your foundation, installing weather stripping around windows and doors, and keeping garbage away from your house.

Other tactics include getting rid of moisture sources, such as clogged gutters, and keeping shrubbery at least a metre away from your house.