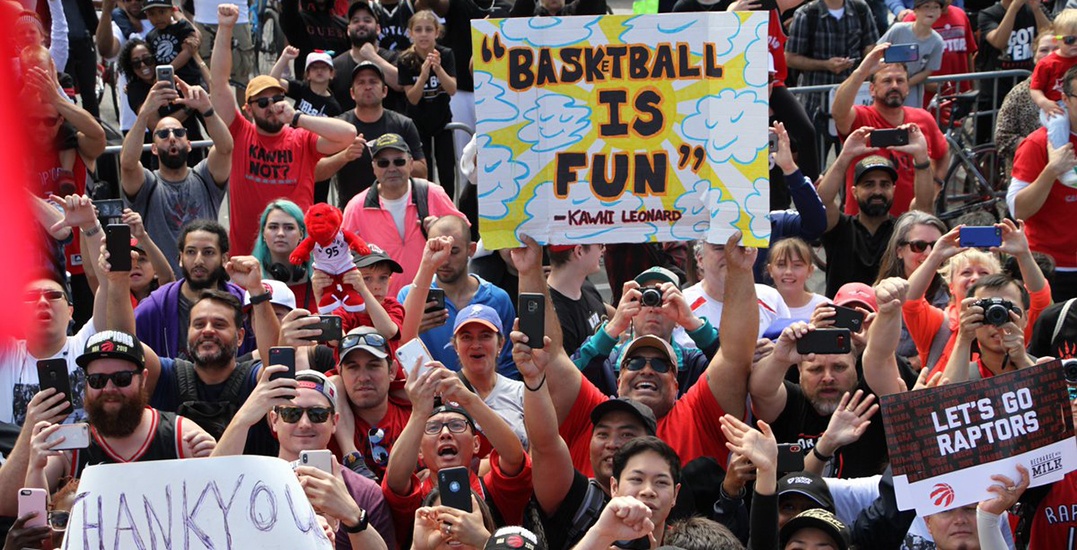 The celebrations are still going strong in downtown Toronto.

The parade began several hours ago, but a massive turnout and overcrowding kept the Raptors from Nathan Philipps Square for about two hours longer than expected.

Spirits were still high, however, and just as the team showed up, a jam-packed Nathan Phillips Square was captured singing “O Canada.”

After that, the massive crowd in attendance took over, until Tranquada returned for the final line.