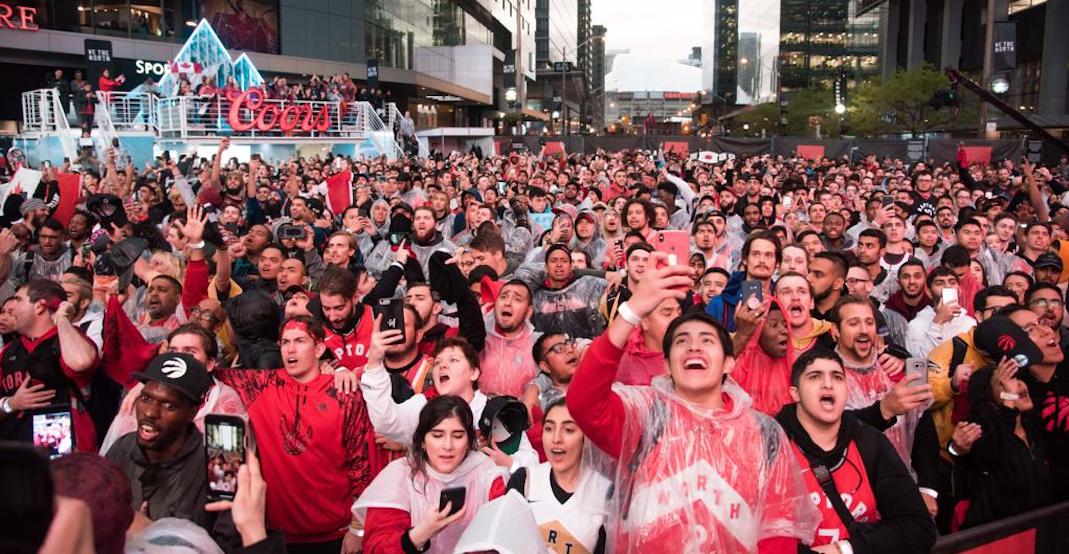 In case you missed it, it’s a big day in Toronto. In fact, Mayor John Tory has officially proclaimed June 17 as ‘We The North’ day as the Raptors championship parade is hitting the streets at 10 am.

And if you’re still at home, or at the office, wondering if you should step out — there are some prime viewing spots Google Maps has outlined for fans to check out the parade.

The parade begins at 10 am at the Princes’ Gates in Exhibition Place and ends at Nathan Phillips Square with a rally.

Top 5 places to watch the Toronto Raptors Championship parade, according to Google Maps:

The parade route map is available here and below: 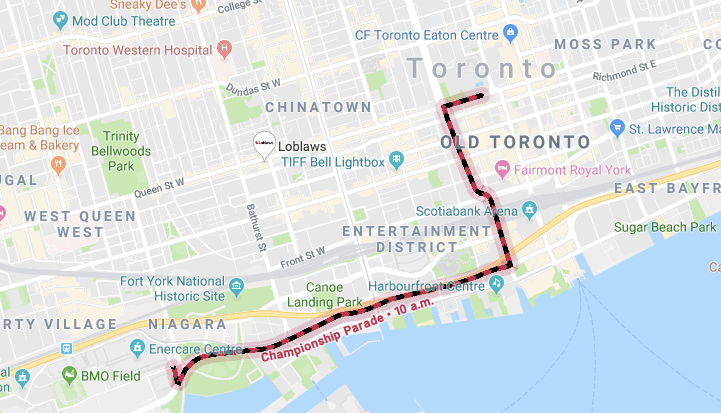 And one last thing, if you’re hoping to watch the parade away from the route itself, Vista Eatery at Ontario Place will be screening the Parade on a 12 x 20 outdoor screen on the patio. It will be open from 9 am til 3 pm on Monday.