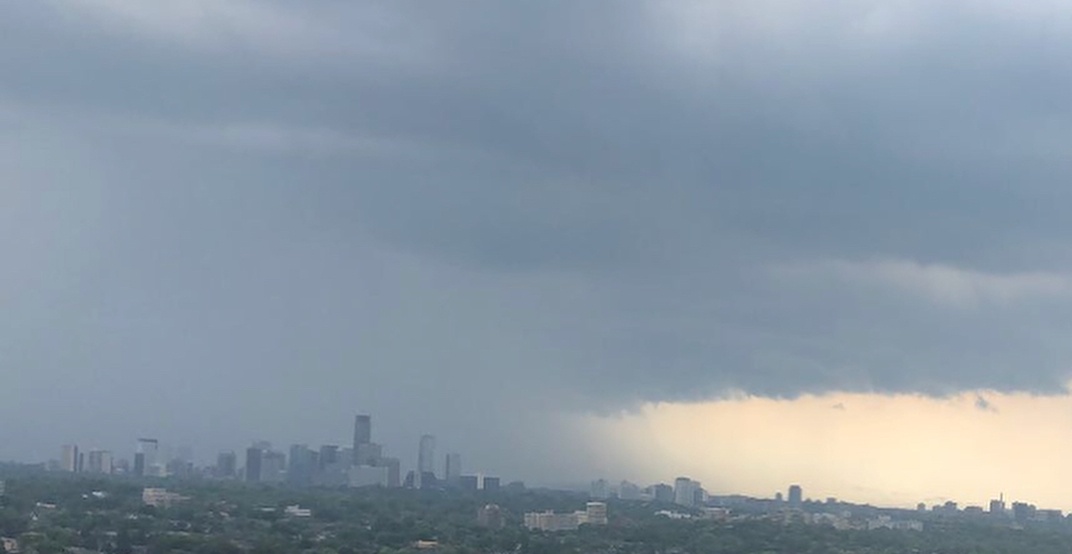 According to Environment Canada, the storm would hit Toronto as a cold front moves in from the northwest, potentially bringing damaging wind gusts of 100 km/h and torrential downpours.

And that’s exactly what happened during the brief yet powerful storm.

In case you missed today’s rainstorm, here are some shots shared on social media.

🎵
Rain, Rain, go away
Come again another day
If you stay, I do pray
You wash my car’s dirt away
🎶#ONstorm #Toronto #The6ix #FreeCarWash 😬 pic.twitter.com/DNsr9VcFIN

One of those days where I'm happy I have nowhere to be but at home, #writing… #amwriting #writer #Toronto #Torontoweather #rain pic.twitter.com/86pqtsl0WV

A storm rolling in to freshen up the city. ✨ #Toronto #nature pic.twitter.com/0kzastUAZs