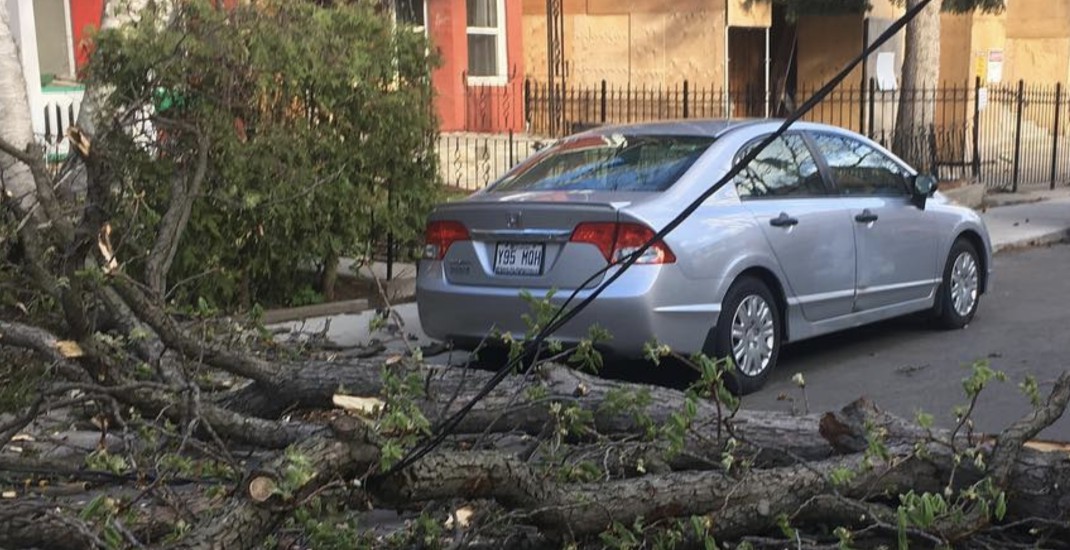 Last month, a fierce wind storm ripped through Toronto, with winds reaching speeds of up to 110 km/hr.

The ferocious storm took place on Friday, May 4, and downed trees, knocked out power for hundreds of thousands and grounded flights at Toronto Pearson International Airport.

According to Catastrophe Indices and Quantification Inc. (CatIQ), the storm was the largest insured event in Ontario in five years and resulted in $380 million of damage.

This is the most costly insured event since the 2013 Toronto floods, which caused almost $1 billion in damage.

“It has been quite a damaging year so far,” said Kim Donaldson, Vice-President, Ontario, Insurance Bureau of Canada (IBC). “This year alone insurers have already paid out three-quarters of a billion dollars, just five months into 2018.”

Other extreme weather events in Ontario this year have caused an additional $316 million in property damage, the group said.

“Insured losses from extreme weather storms have been increasing rapidly. However, this is only part of the picture. Taxpayers are bearing the brunt of the costs that are not covered by insurance,” said Donaldson.

“Consumers are witnessing more frequent, intense storms, which we now know are attributable to climate change. The cost of climate change is real.”