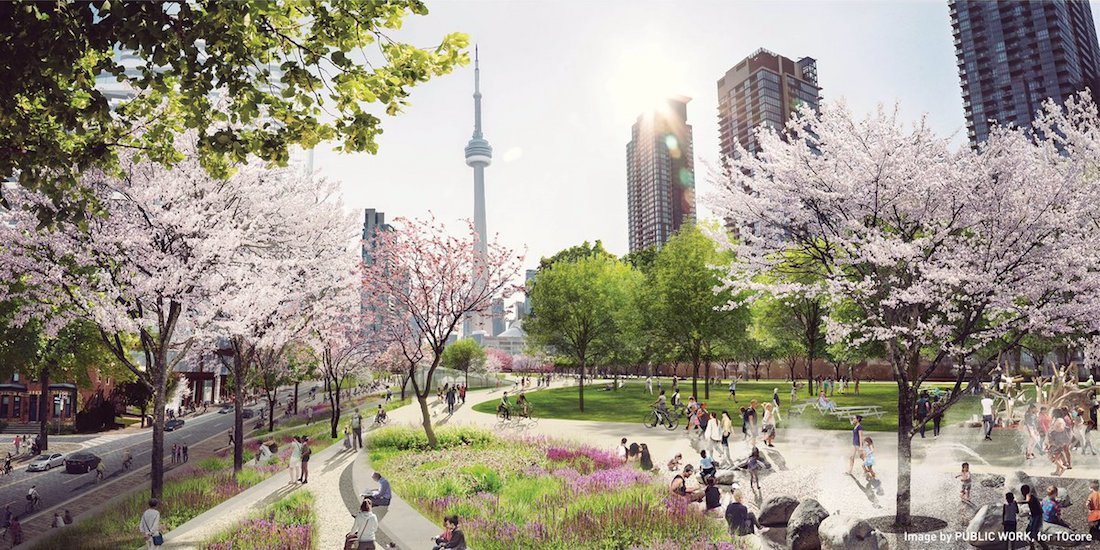 Earlier this fall, the city revealed images of what the proposed Rail Deck Park would look like.

Sprawling 21-acres, roughly the size of 16 football fields, the park would be located in the Union Station rail corridor between Bathurst Street and Blue Jays Way. Making this the largest downtown park in the city, outside of the Don Valley.

Now as the city moves forward with its development plans, a new report reveals the estimated costs of the massive urban park, which could now cost about $600 million more than what was initially estimated.

The feasibility analysis was released this Tuesday and has estimated the preliminary cost of building the park at about $1.665 billion. This works out to $83 million per acre.

The estimate, which the study says is still preliminary, reflects a substantial increase in price, as the park was initially proposed to cost $1.05 billion when the proposal first surfaced.

The good news is, the city has recommended the park be built in four phases. Each phase refers to the physical areas of the decking structure and park.

The first phase, which is identified as the “priority phase” would extend from Spadina Avenue to the current location of the “Puente de Luez” pedestrian bridge – covering 9.4 acres.

This alone would cost an estimate of $872 million. 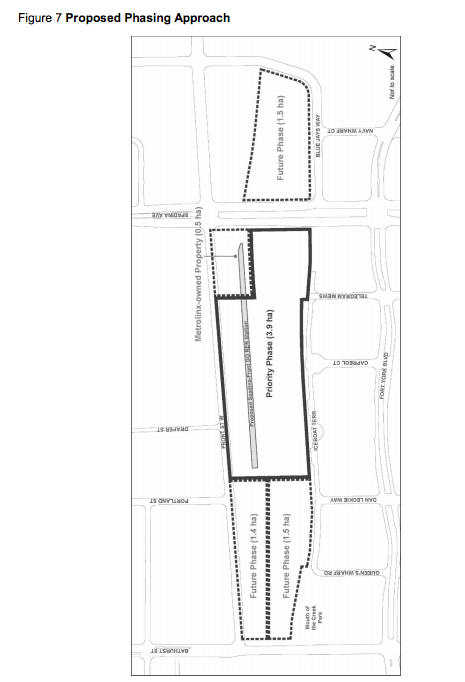 As for how the city is planning on paying for the park still remains unclear. However, the feasibility analysis suggests that the city is looking at other revenue tools including development charges, commercial contributions and federal and provincial funding through sponsorships, donations, and contributions.

The analysis also states the city is also looking at implementing “special area levy,” which would require future property owners within a designated area would face an additional charge on their property taxes.

When outlining the benefits of the park, the city is calling it a “once-in-a-generation opportunity” that will provide city-wide benefits that will help support the future growth of the city.

The new park would ensure the quality of life, health, and sustainability of Toronto’s downtown neighbourhoods.

The feasibility analysis will be considered by Mayor John Tory’s executive committee next week on November 28 and then by City Council on December 5.