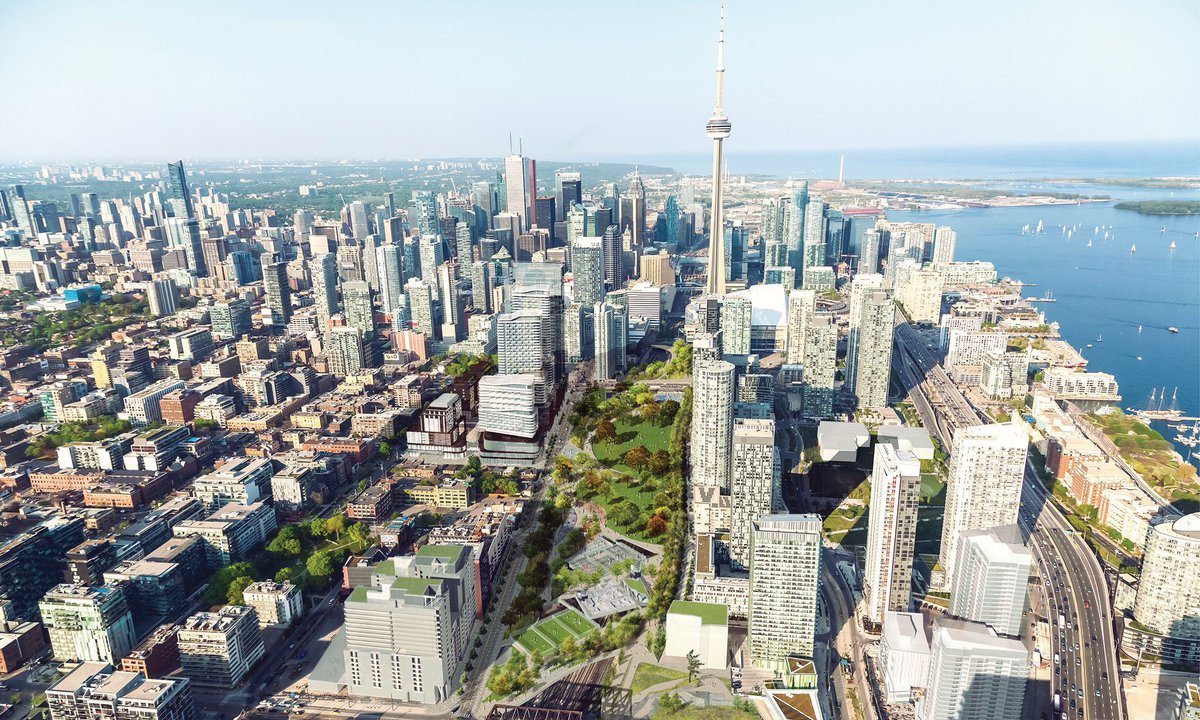 There are new images of what Toronto’s proposed Rail Deck Park will look like.

At a public meeting on Monday night, Mayor John Tory and Coun. Joe Cressy unveiled more of what the massive park would look like downtown. The park is about the size of 16 football fields (21-acres), and would be located in the rail corridor between Bathurst Street and Blue Jays Way.

“It will be a new and critical resource for our neighbourhoods, and a new central park for all of Toronto,” wrote Coun. Cressy on his website earlier this month.

While Council has already approved taking the first steps to move the plan forward, a new private application to build condo towers in the same proposed location has been submitted to the City, which is why last night’s meeting was important.

New renderings of the park show how the city plans to build a multi-level structure that would include transit, along with the pedestrian friendly park. 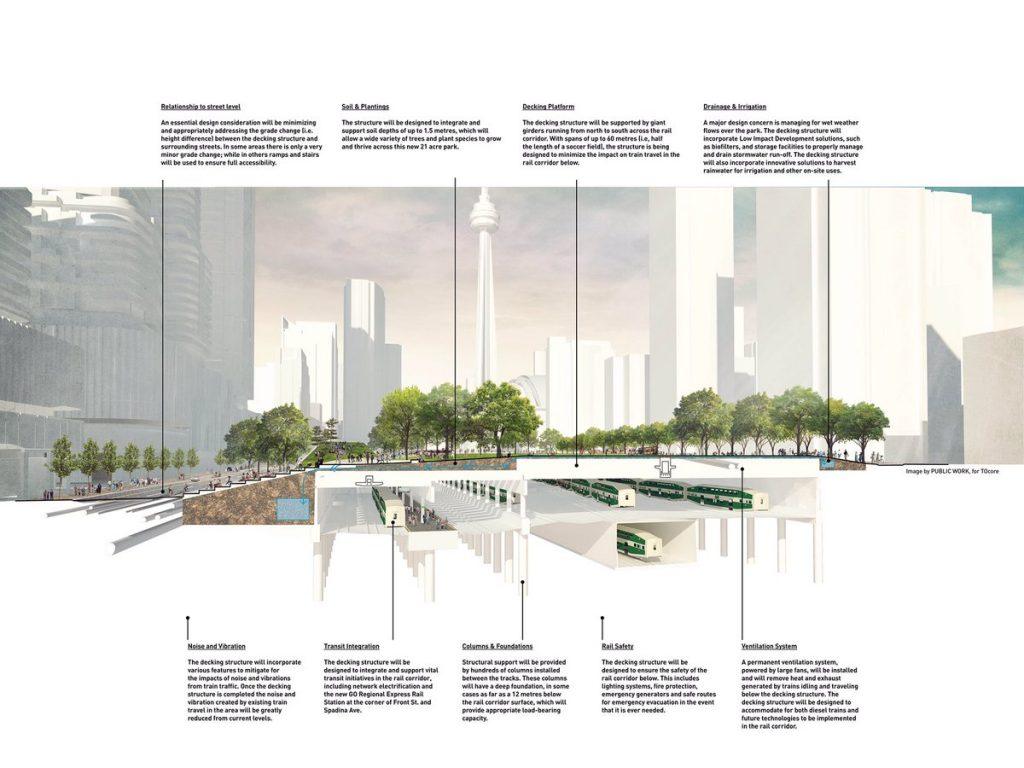 “Rail Deck Park will be city’s next great civic space, where all Torontonians can come to play, relax, connect, and celebrate,” said Tory, who also insisted that “it will be built” at the city meeting.

A few weeks ago, Cressy announced that the City of Toronto had received a private application to change the Official Plan to allow a large new development above the rail corridor, including a parking structure for 1,225 vehicles and 9 buildings up to 59 storeys tall.

“To be very clear, I completely oppose any private development over the rail corridor because it would diminish the size and usefulness of Rail Deck Park. We have plenty of other sites downtown for more towers, but there are no other sites for a new 21-acre downtown park,” he said. 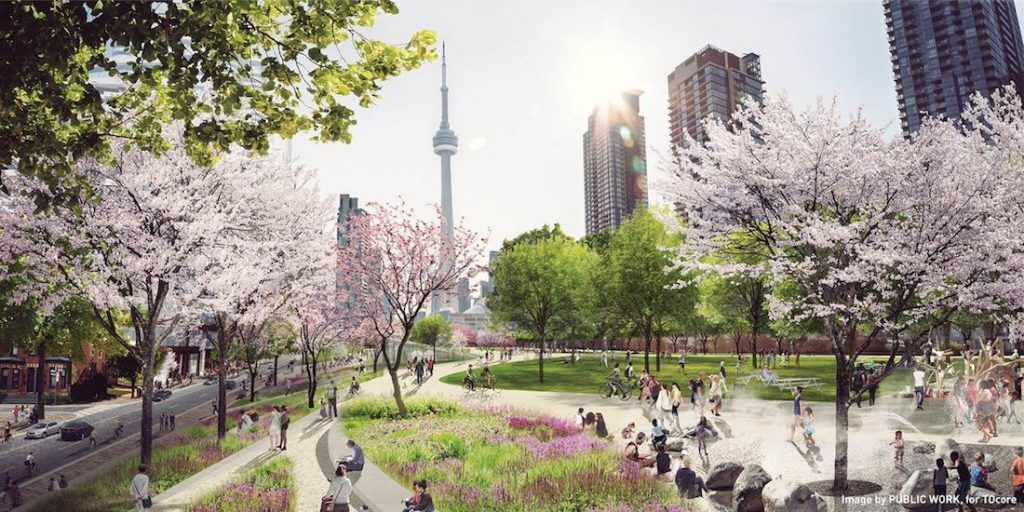 Mayor Tory calls the park a “transformative civic project.” The project has the opportunity to transform this unused airspace into an iconic green space for recreation, culture and celebration, according to the City.

Although in her last few weeks in her current position with the city, planner Jennifer Keesmaat also continues to support the plan.

“Density of downtown is now similar to the density of London, UK – but without the green space. We need Rail Deck Park,” she tweeted.

Another report regarding the park is expected to be released this year, and will presented to Council once again.

“You have to imagine the city you wish to build,” said Cressy. “Time to invest in the Toronto of tomorrow.

Great cities invest in their future . This is such a moment. #RailDeckPark pic.twitter.com/CVOtrcsIDy