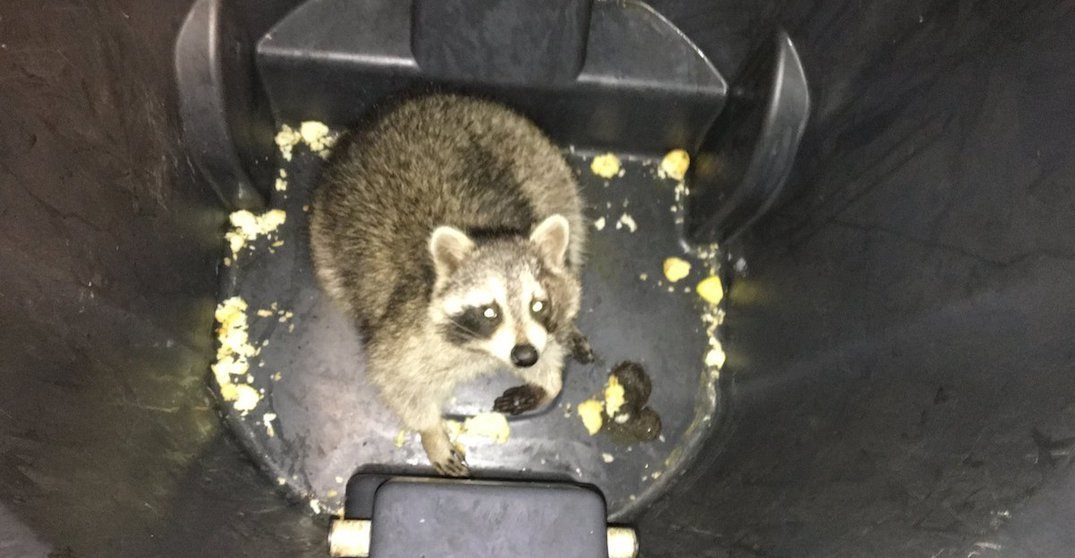 It was just after 9:30 am on the Southbound train at Bloor/Yonge Station when a furry guest made their way on board the subway.

Moments before, the little raccoon was spotted by TTC staff on what’s called the “catwalk,” a space lining the subway tunnel which operators use to walk into the underpass.

As the train pulled in, the raccoon hopped on. Since operators weren’t sure if the raccoon paid its fare, the train was held at for a few minutes while staff investigated.

The raccoon was described as “well-behaved” and “co-operative” by the TTC’s senior communications specialist Stuart Green, who told Daily Hive that the little one was resting comfortably and fed until Animal Services arrived.

As for the fare, Green tweeted that the raccoon was under 12 years old, so no fare was needed.

Update… #ttctrashpanda being taken for safe release. No fare collected…he/she was under 12 yrs. old. #TTC pic.twitter.com/YaeURqkIQ9

We had a very special visitor near Bloor Station this morning. I think I’ll call him Bessarion. https://t.co/9jVKjF7Jv6

We always knew rolling out the new raccoon-resistant green bins would have consequences. Thanks to #TTC and City staff for helping this raccoon off the subway this morning. https://t.co/Q7KgZsNIoj