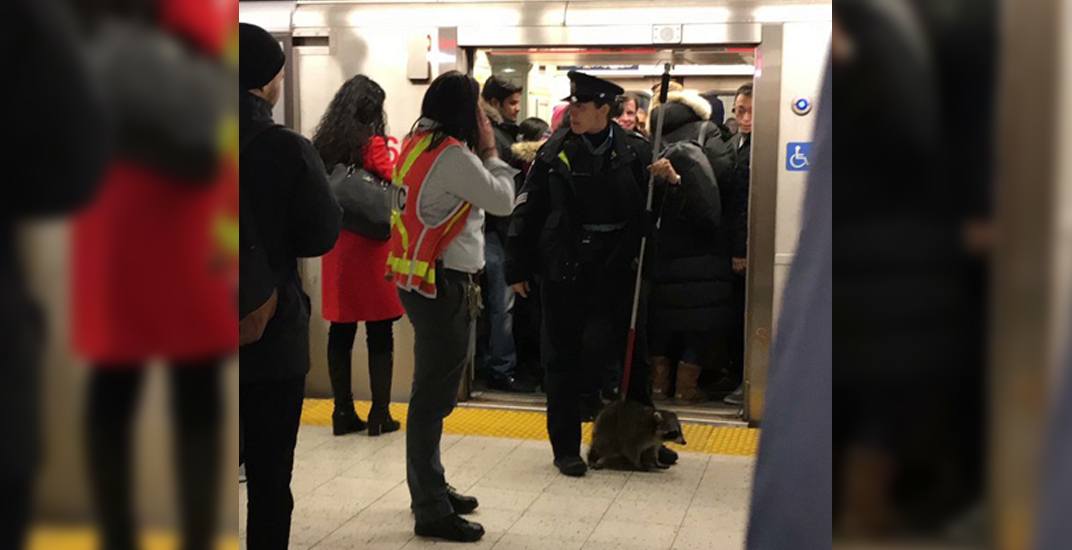 There was a delay on the TTC during rush hour on Friday morning, but the reason was too cute to get mad at.

Line 1 Yonge-University experienced a delay due to a raccoon making its way onto the subway tracks.

The news made its way to City Council’s meeting, where Coun. Janet Davis congratulated TTC staff for catching the raccoon this morning.

We always knew rolling out the new raccoon-resistant green bins would have consequences. Thanks to #TTC and City staff for helping this raccoon off the subway this morning. https://t.co/Q7KgZsNIoj

Toronto moment of 2017: Racoon causes a delay on the #TTC #cp24 pic.twitter.com/zKYcyj7pS5

This morning's #TTC racoon is resting comfortably and being fed while awaiting safe transport at Bloor Station pic.twitter.com/EgqykB6DB2

Update… #ttctrashpanda being taken for safe release. No fare collected…he/she was under 12 yrs. old. #TTC pic.twitter.com/YaeURqkIQ9

This isn’t the first time a raccoon made its way onto our transit system. And it probably won’t be the last.