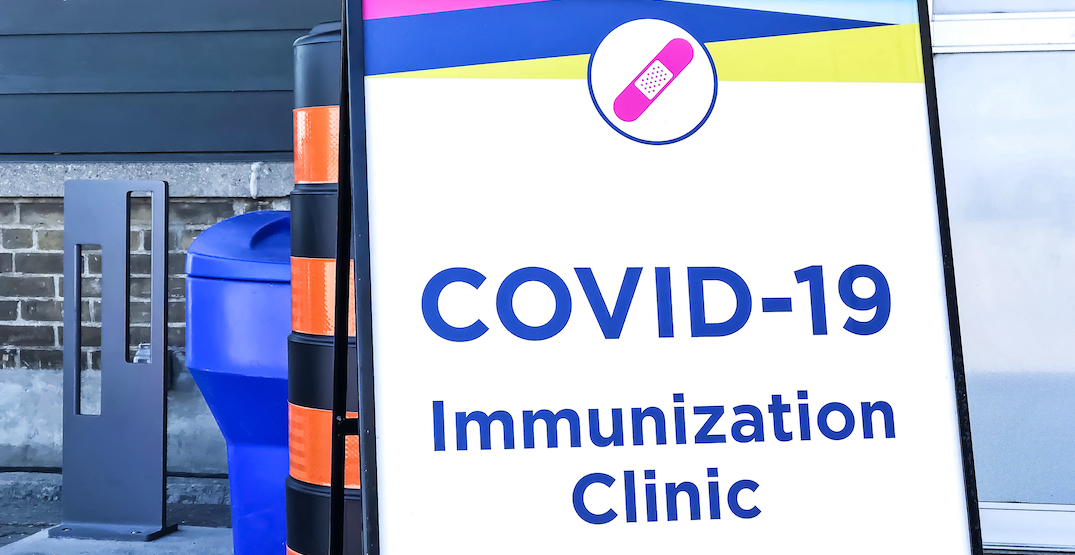 According to the City, those who had a vaccination appointment booked for January 17 at one of the city-run clinics will be contacted as all appointments are now cancelled.

Environment Canada has issued a blizzard warning for Toronto advising the city to expect up to 60 cm of snowfall, with peak rates of 8 to 10 cm per hour this morning.

Vaccine appointments aren’t the only thing cancelled in the city. Toronto Police have shut down both the DVP and Gardiner Expressway to allow any existing stuck vehicles to be cleared and plows to begin snow removal.

The TTC and GO transit are also facing cancellations and delays as all bus and streetcar routes are affected by snow-covered roadways.

TPH says those with cancelled appointments are encouraged to rebook through the provincial booking system or by calling 1-833-943-3900.