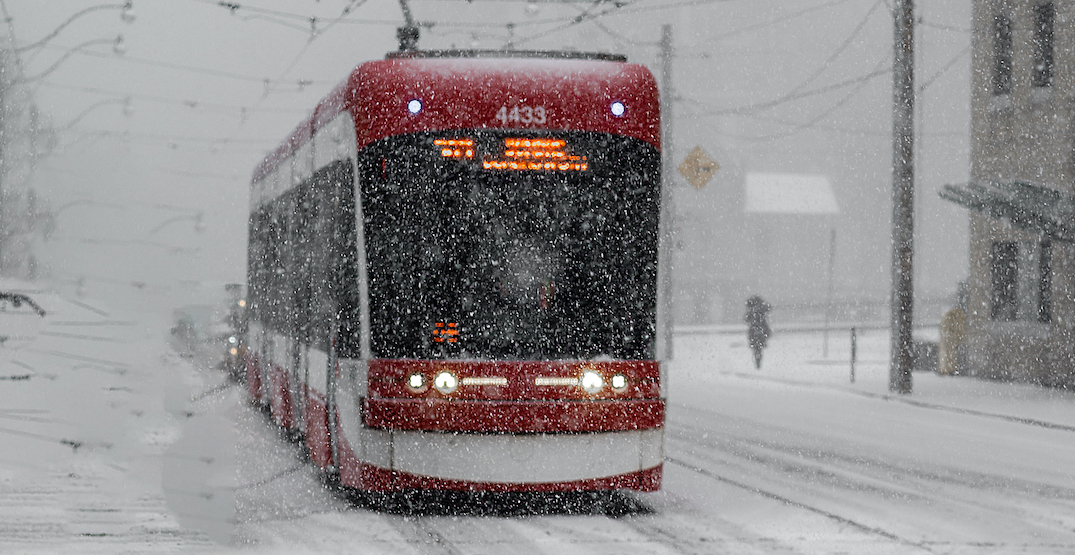 Monday morning’s blizzard sent Toronto-area traffic into a tizzy, causing mass delays across both the TTC and Go Transit.

Riders trying to board buses, trains, streetcars, and subways were met with cancelled transit service and long waits — some over an hour — as the Toronto-area blizzard raged on.

According to the TTC website, all bus and streetcar routes are affected by snow-covered roadways, and the transit agency is warning customers to expect longer than normal wait times and travel times. Even with this warning, the TTC has issued service alerts for a number of routes particularly affected by the snow.

Below is a list of all ongoing GO Transit and TTC delays that commuters should keep an eye out for.

87: No service between Main Street at Doncaster Avenue and Lumsden Avenue at Main Street

More than 28 disruptions to GO Bus service are ongoing, including cancellation of Route 12 and Route 16’s Hamilton/Toronto Express service. A full list of service changes can be found on the GO train website.