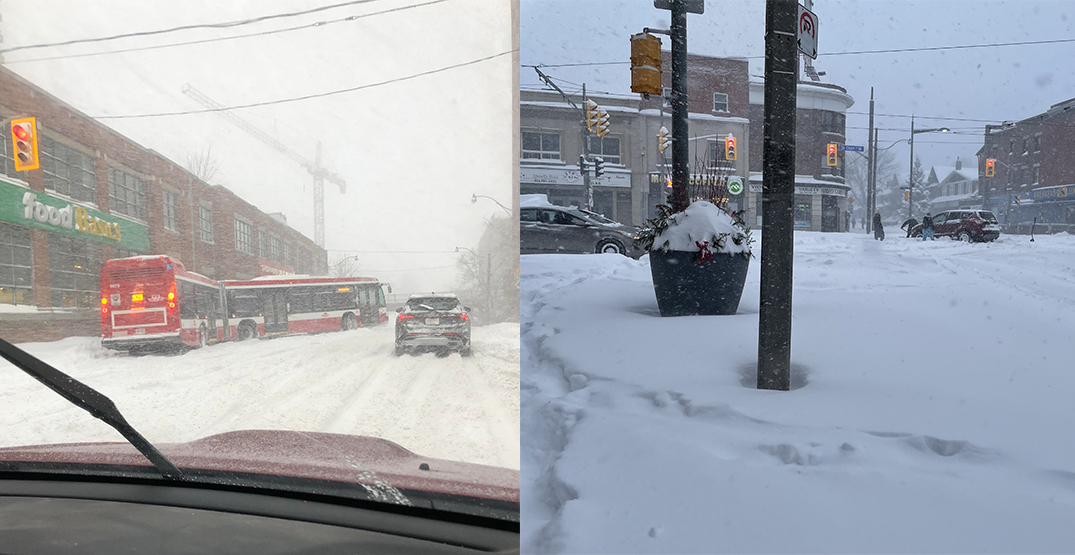 Toronto has been blanketed under snow after an overnight blizzard hit the city.

Environment Canada issued a weather warning on Sunday, forecasting up to 25 cm of snow in the city. A blizzard warning has been in effect as of 7:59 am with an expected snowfall of 30 to 50 cm.

Torontonians woke up to streets buried under snow and took to social media to share what the winter wonderland looked like in their area.

From excitable dogs playing in mounds of snow, to not so excited humans shovelling snow, below are some shots of Toronto’s snowy start to its week:

Lots of drivers found themselves stuck. 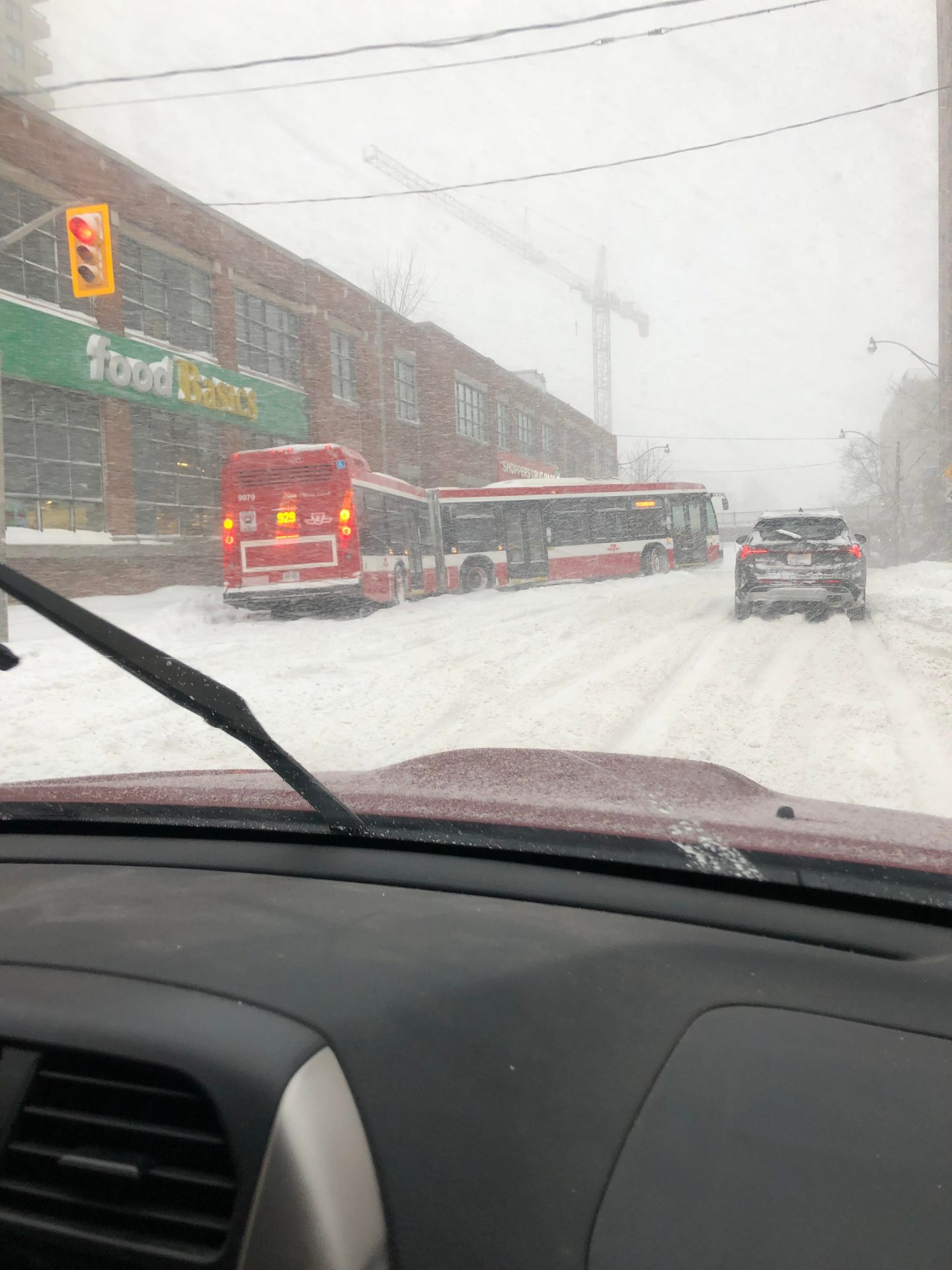 30 inches of snow last night in Toronto and the men in my parents neighbourhood are out shovelling the roads because the trucks didn’t clear them.

Streetcars in Toronto stuck in the snow. pic.twitter.com/l7CApfW6cX

My boy is on the dvp lol pic.twitter.com/ZcxMDl2Imr

At least dogs are having a good time.