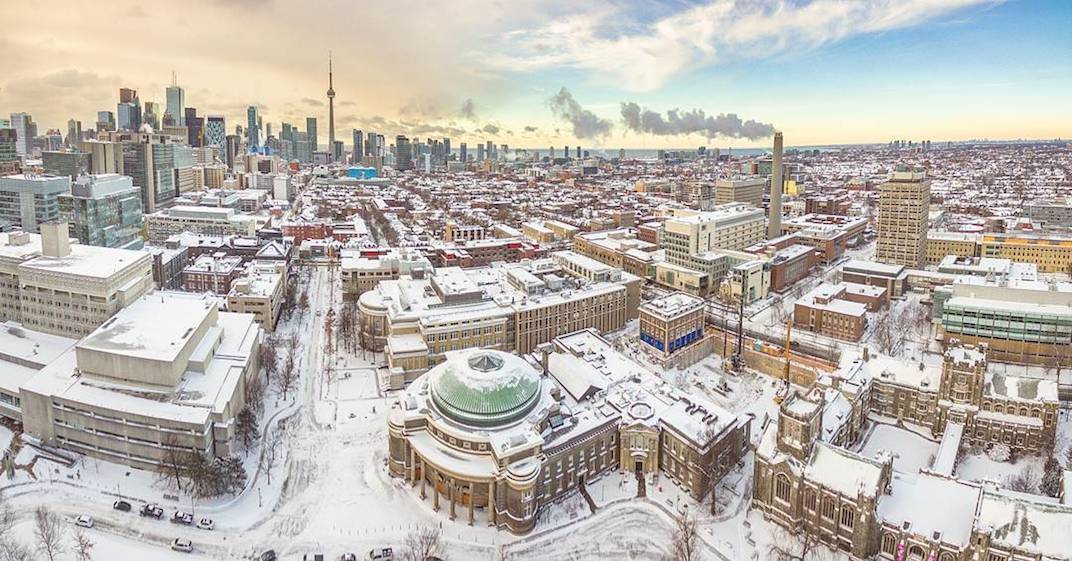 There’s really nothing as beautiful as seeing Toronto under a blanket of white, fluffy snow — especially on Christmas morning.

And while the days to follow a significant snowfall are filled with messy slush and snow shovelling, there’s no denying the surge of excitement you feel when waking up to a snowy white Christmas.

But according to a recent report from The Weather Network, Toronto most likely won’t have a white Christmas.

In the final countdown to December 25, southern Ontario is forecasted to feel a blast of cold weather and scattered flurries. However, as we head into the weekend, the arrival of a moisture-laden system and milder weather patterns will put a damper on Toronto’s chance at a white Christmas this year.

“Our extended period of tranquil weather will come to an end on Friday as a large system with abundant moisture from the Gulf of Mexico will bring widespread rain to southern Ontario,” says Weather Network meteorologist Dr. Doug Gillham.

“The rain may end as a period of wet snow Friday night across parts of the Golden Horseshoe.” 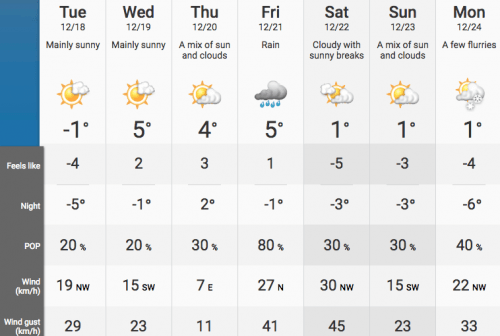 And while mild temperatures and the chance of rain are the likely the last things you want to hear on the forecast if you’ve been dreaming of snow this Christmas, The Weather Network is showing that there is a slight chance as cooler, near seasonal conditions are expected for December 22 to 26. 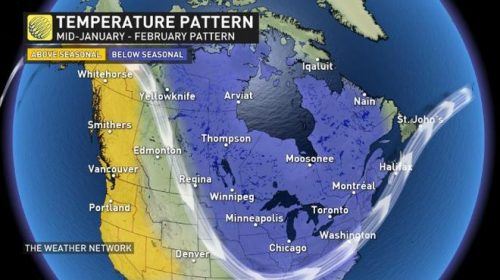 Heading into the New Year, Gillham says that while it is “still possible” to see snow in a mild pattern, “the weather during the holidays this year will certainly be very different from the frigid weather that we experienced during this time last year.”

“It looks like our winter pattern will not set in until we are well into January.”