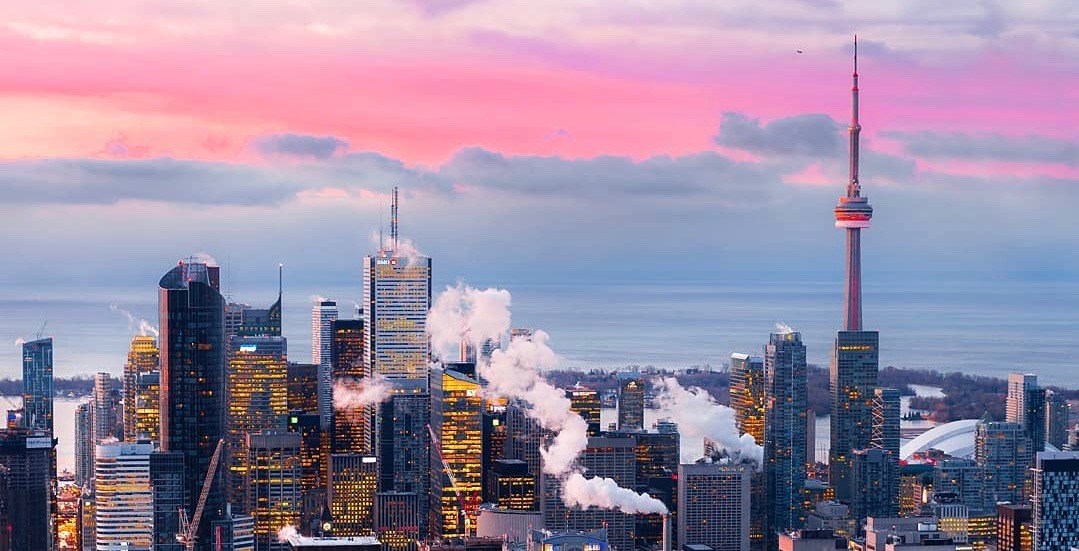 First, we learned Toronto set a record for having the least amount of sun this November in years.

And now, it’s been revealed that Toronto has experienced one of the coldest stretches during fall on record.

When will Mother Nature cut Toronto some slack? Well, it turns out, temperatures are going to improve (briefly) before winter sets in.

According to The Weather Network, October 1 to November 30 in 2018 was the fifth coldest ever for Toronto and the coldest since 1980. Ouch.

The average temperature for this entire period was 11°C, however, the average daytime high for Toronto during this stretch was only 8.7°C — a full 2.3°C below the normal value.

“That’s enough to rank as the fifth coldest year on record and that’s in contrast to the previous two years, where the city actually ranked as above normal for the two month time period,” reads a report from The Weather Network. 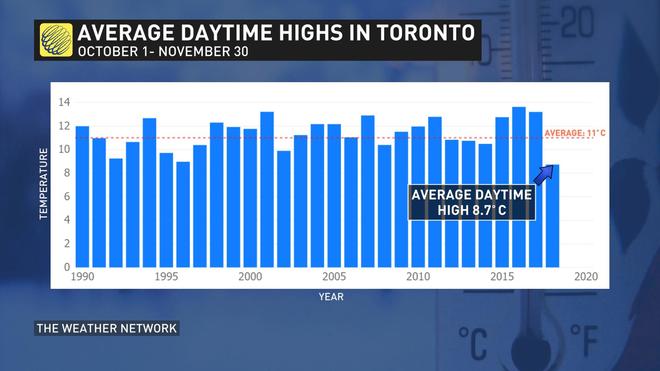 “Fall always brings the arrival of chillier temperatures, but this year that change was even more abrupt than usual, as Toronto saw one of it’s chilliest October-November periods on record,” says Weather Network meteorologist Michael Carter.

“The last time we saw colder temperatures in October-November was all the way back in 1980, when temperatures averaged 8.4 degrees.”

So, what’s to come as we dive into mid-December?

Well, it appears Toronto can expect the frigid temperatures to relax (for a bit, at least) as Pacific air opposed to Arctic air floods most of the country from west to east.

The change in the air will allow milder and even above seasonal temperatures to dominate for most of December. 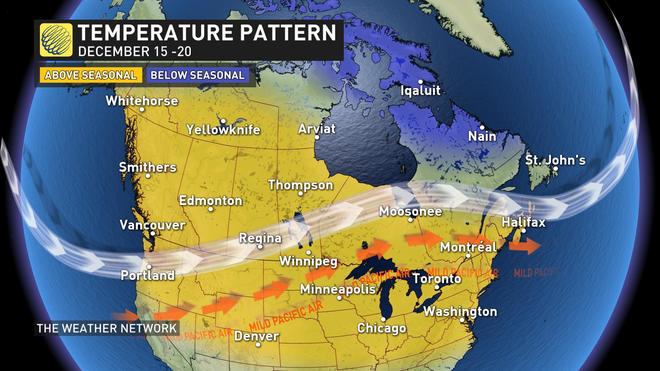 But don’t get too comfortable with the milder temperatures, as winter-like weather is on the horizon.

“This milder pattern will get interrupted for a couple of days early to mid next week as colder air over Quebec edges back into our region from the northeast,” warns Dr. Doug Gillham, another meteorologist at The Weather Network.

“We expect a transition back to a more wintry pattern roughly around Christmas, but it is too early to know if that will occur just before or after Christmas.”