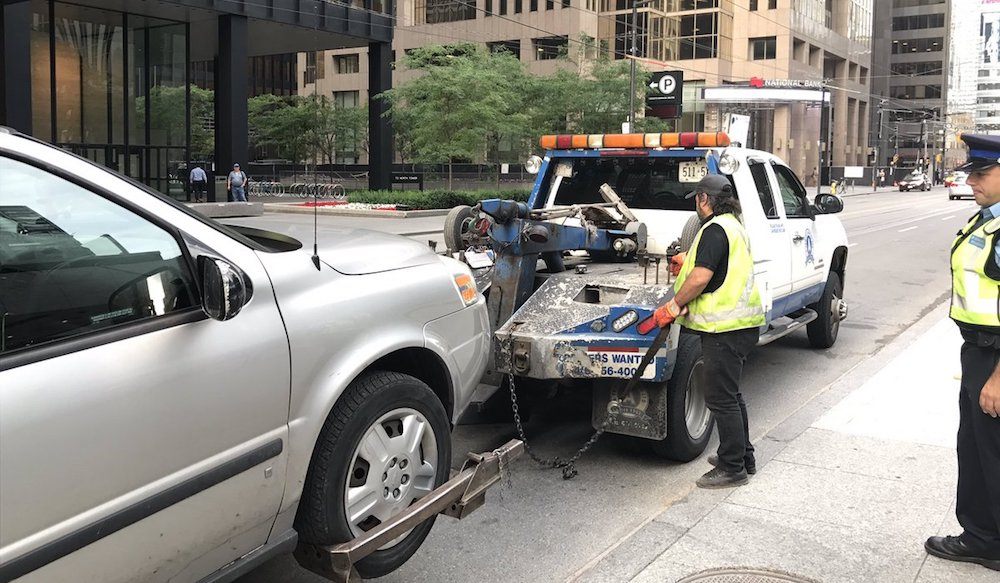 Toronto Police has launched a campaign focusing on rush hour traffic in the city’s downtown core.

The heightened enforcement campaign will focus on traffic congestion and gridlock, and there will be a zero tolerance policy for vehicles found blocking and congesting rush hour routes.

Please don’t ruin your #MondayMotivation by having your car towed for #RushHourTO blitz – 150$ ticket too. Be courteous, be safe, be kind. pic.twitter.com/OYFelyfYMe

Starting Monday, July 31, parking enforcement officers and officers from Traffic Services will be saturating the downtown core to tackle gridlock by ticketing and towing vehicles obstructing rush-hour routes, according to Toronto Police.

Be sure to drive safely, Toronto.