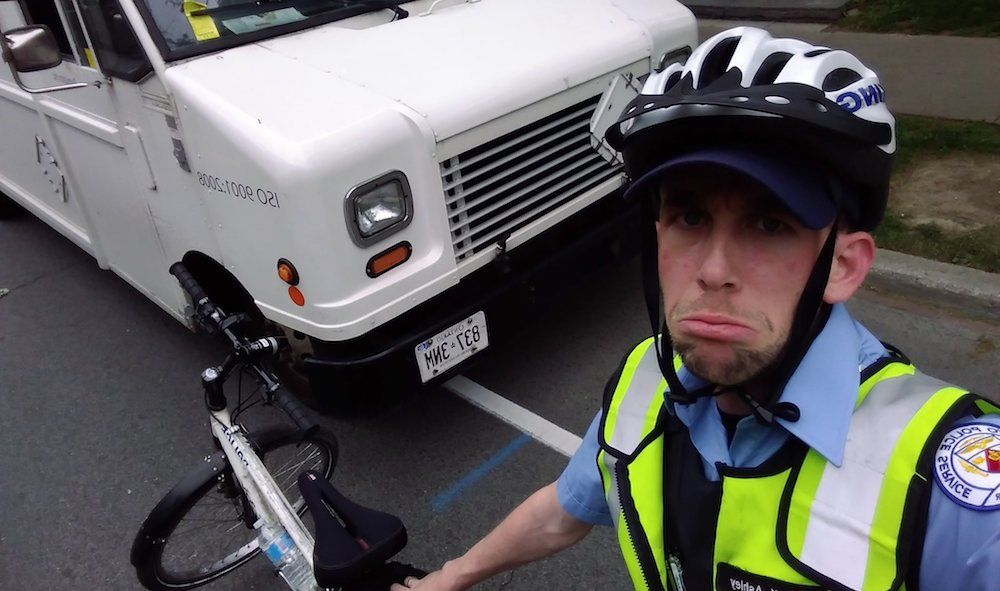 Ashley, who frequently posts updates on his Twitter account, posted on Tuesday afternoon that in two minutes, he had issued six tickets for $150 each after a request for his presence on Shuter Street.

At the time, six vehicles were blocking the bike lane. And as he was issuing the tickets, three more vehicles parked in front of him, totalling 9 tickets on the one block.

For my #BikeTO friends who requested my presence on Shuter for #BikeLaneBlitz – I issued 6 tickets for 150$ in your lane…in under 2 min. pic.twitter.com/yhPWcFncSb

The cyclist also calls out companies who block the lanes on a regular basis, and is widely admired by bikers in Toronto.

Hey @PepsiCanada … Should we all switch to coke? You inconvenienced my new friend on college… pic.twitter.com/wrRCHsoKFT

Not only is he out there ticketing, Ashley is using his social media account to educate drivers and cyclists alike.

Few explanations on why certain parking regulations exist… The city is a heart, the roads our arteries, people the blood cells. #TOPoli pic.twitter.com/a1VZjVLPB1

Here is a quick video explaining #AccessibleParking signs in #Toronto #the6ix. It is a 450$ ticket…and many conditions for the use of… pic.twitter.com/h5kAZo6gVK

And he is keeping cyclists happy along the way.

Just saw this! Great to have you come by Shuter. Thank you!